In the first aggressive Marine operation of the war, the Second Marine Division (along with the 1st Paratroop Battalion and 1st Raider Battalion) executed amphibious invasions of Florida, Tulagi, and Gavutu Islands, just north of Guadalcanal; this happened in conjunction with the 1st Marine Division's invasion of Guadalcanal.  While resistance on Florida and Guadalcanal was quite light, there were fierce engagements being fought on Tulagi and Gavutu, and on Gavutu, the Paratroopers were taking flanking fire from the tiny coral island of Tanambogo.  B Company of the 1/2 2nd Marines was sent to invade Tanambogo and take care of the "15 or so Jap snipers".
Attacker: American (USMC) (B Company, 1/2 2nd Marine Division and Heavy Weapons Platoon)
Defender: Japanese (Tanambogo Garrison) 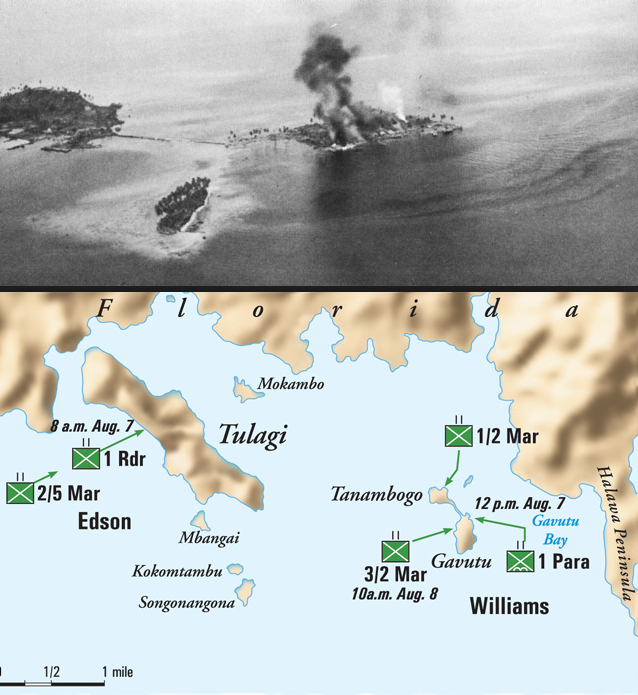