On August 8, the Germans tried to storm Pulver’s position of A/120th on Hill 285. His radio batteries were dead and his men low on food and water. He took a runner and headed for 1st Battalion’s command post, going through a mortar barrage that shattered his teeth and wounded the runner behind the ear. Even so, both men reached the command post. The battalion commander was amazed—he thought Pulver’s unit had been entirely wiped out. Pulver briefed his boss, retrieved the supplies, and headed back to his hill despite his shattered teeth. . . . The 1st and 3rd Battalions of the 120th Infantry spent five days largely on Hill 285 stopping attempts by the Germans to get reinforcements onto Hill 314.
Attacker: German (Elements of 2nd Panzer Division)
Defender: American (Elements of 'B' Company, 1/120th Infantry) 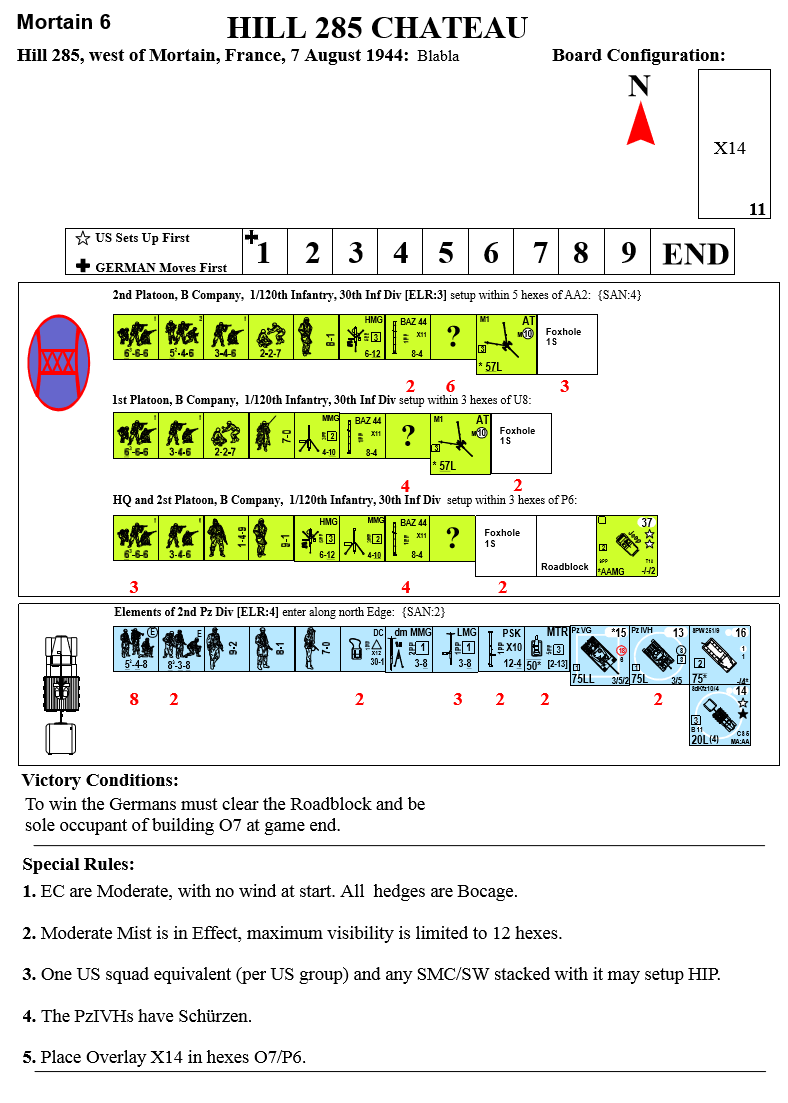 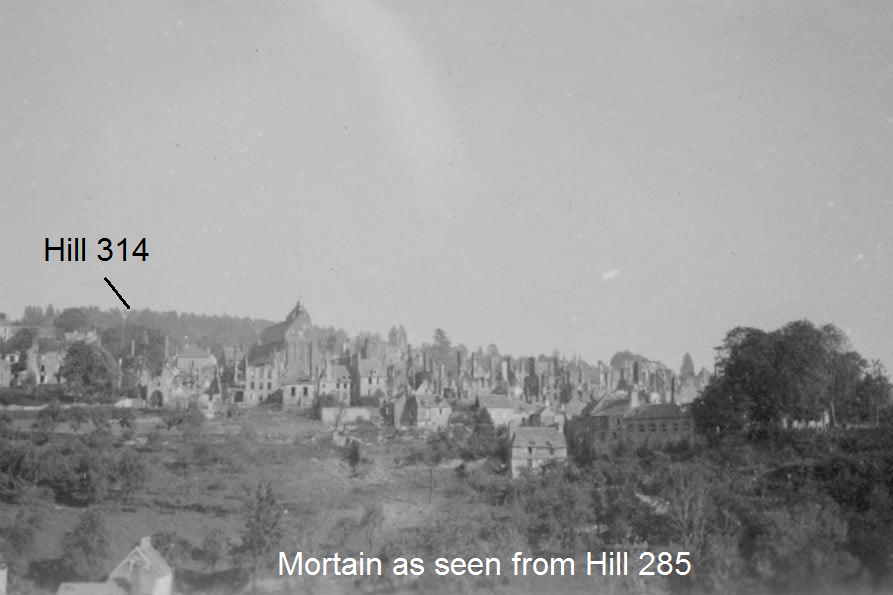