The US 2nd Battalion, 120th Infantry Regiment had rejoined its regiment, ready to head the day’s attacks. Despite the threat of German counter-attack, the 2nd Battalion slowly advanced towards the village of Quesnel. As the Americans entered the village, they came under machine-gun fire from several unseen locations. Unable to call for artillery or armor support and under increasing fire from the village, the American company commander was about to withdraw when a Sherman from Company B, 743rd Tank Battalion, led by guides, arrived. . .
Attacker: American (Elements of 2nd Battalion, 120th Infantry Regiment and Company B, 743rd Tank Battalion)
Defender: German (SS) (Remnants of Kampfgruppe Heinz) 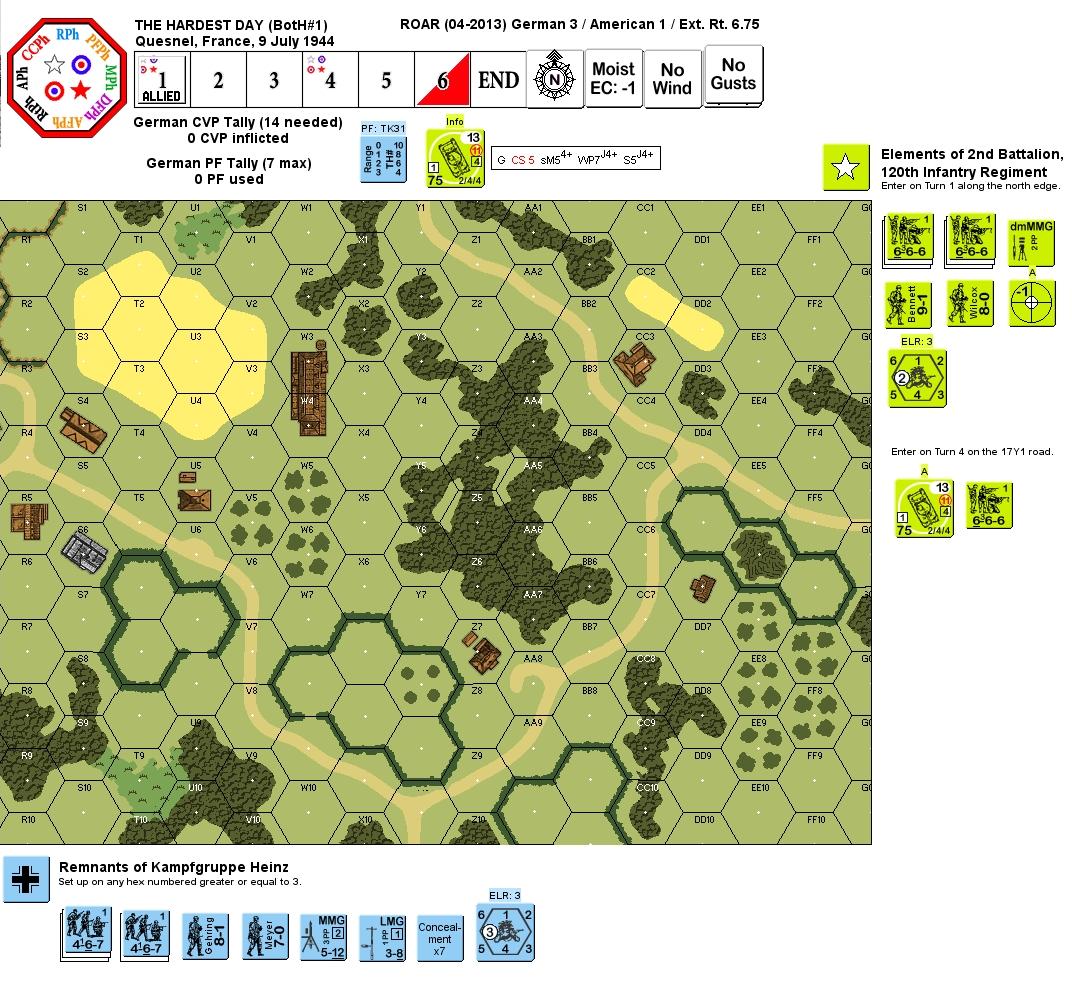 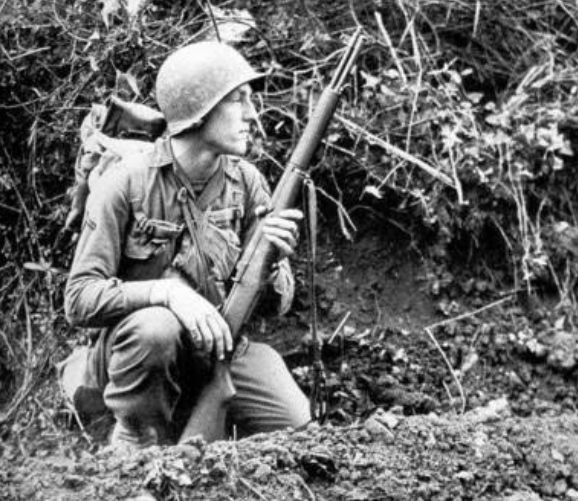