Lt. Colonel ‘Smitty’ Smyth and his Second-in-Command, major Peter Warr of B Company were ordered by Urquhart to take the tiny remnants of 10 Parachute Battalion, just 60 men, to the Utrechtseweg-Stationsweg road junction and occupy the handful of houses there, just east of both Main Dressing Stations. Lt. Glover and Lt. Saunders moved into a large building, a former restaurant, situated at the corner of a lane, Annastraat. A German AFV appeared and began to fire into the house occupied by Warr and Smyth. The officers retreated to Lt. Saunder’s building under cover of smoke and covering fire. German soldiers occupied the position that Warr and Smyth had abandoned, thus cutting Glover off, and proceeded to put a great deal of machine-gun fire down on his building, but the paras put an end to that by charging across the road and driving them out. The game of cat and mouse continued until the morning of Thursday 21st when the Germans made a determined attempt to remove the 10th Battalion from their positions.
Attacker: British (10th Parachute Battalion, 1st Airborne Division)
Defender: German (SS) (Kampfgruppe Moeller) 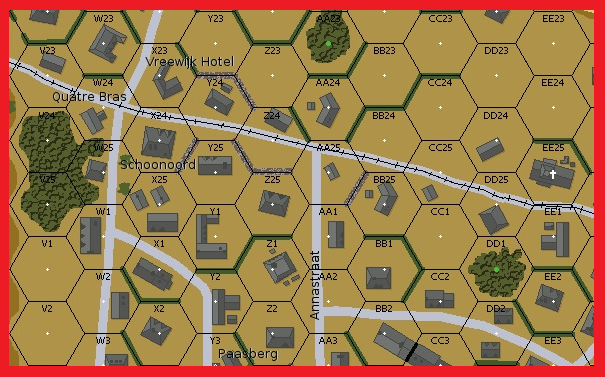 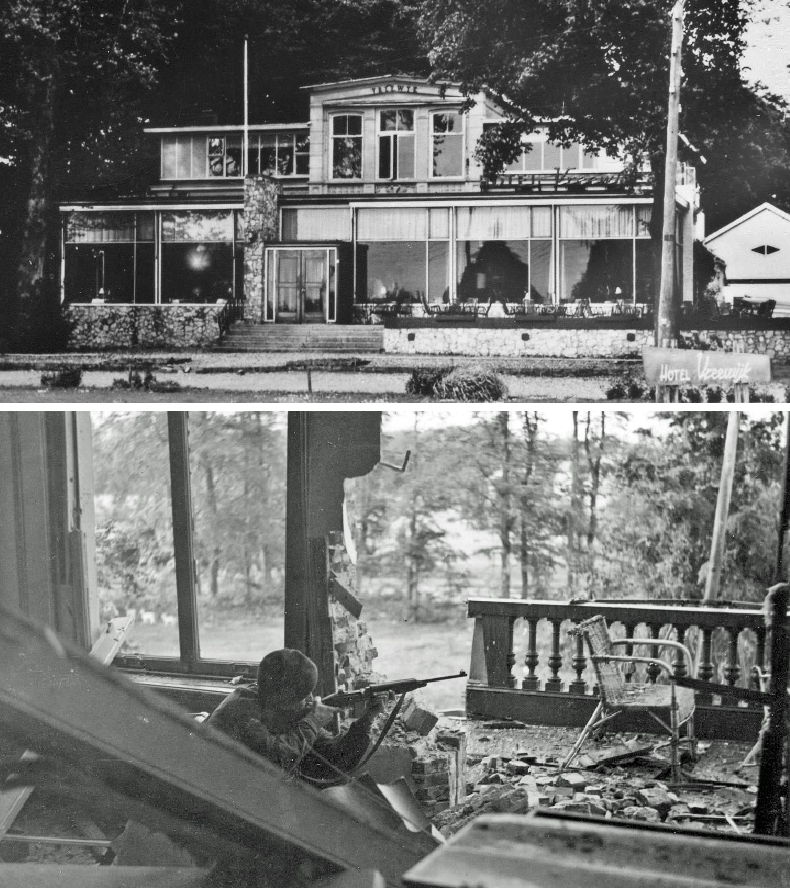