Sonnenberg was a large rather Victorian house, four stories high and facing large, open lawns and tree-lined tracks. A Company of 1st Borders and a Vickers MG under Major Montgomery took up positions in the woods alongside the track running north-west from the house. The combat engineers of F Squadron took up positions around the house, both units choosing to avoid using the house itself. The 22nd broke with the usual early morning mortaring. There was a lull, then came the first heavy assault of the day at 0910 when tanks rumbled forward from the trees. The tanks prowled the woods and narrow lanes, trying to pick out targets. They proved to be the worst enemy possible – they were flame-throwing tanks.
Attacker: German (SS) (SS Kampfgruppe Eberwein)
Defender: British (A Company, 1st Borders, and F Squadron, 4th Parachute Engineers) 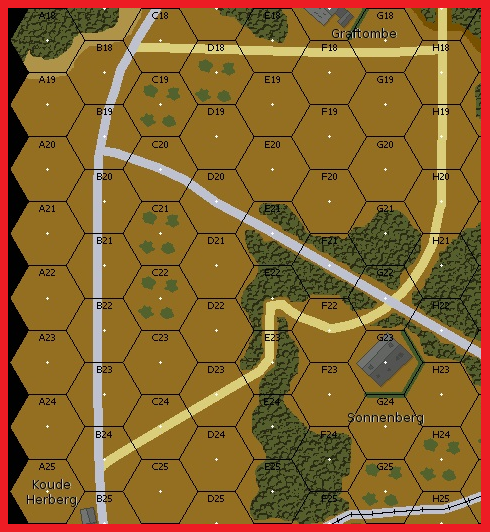