With the arrival of the bad weather, the German advance in the Caucasus became more and more difficult. The Red Army took every possibility offered by the terrain in order to slow down the Axis troops, tired after several months of fighting. Nevertheless, on September 23rd, the final push of the AOK against Tuapse, on the Black Sea coast, began. On the 25th, the 198 infantry Division along with a Slovakian division was tasked to seize the Popova Heights, right in the middle of of the axis of advance of the LVII Panzer Korps. After fierce fighting, the heights were conquered and the advance was renewed in a southern valley.
Attacker: German / Slovakian (Elements of Grenadier-Regiment 326 and of the 20th Slovakian Infantry Regiment)
Defender: Russian (Elements of the 395th Rifle Division) 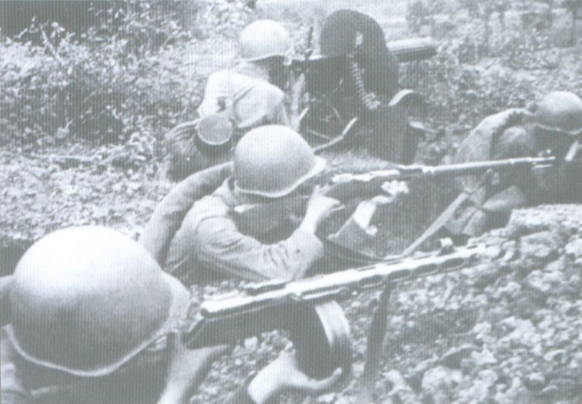