General Chuikov desperately wanted to gain complete control of the main ferry landings, which had fallen into German hands, and were prefect locations for the Germans to interdict reinforcements crossing the Volga. Help was on the way in the form of the 284th Rifle Division, commanded by the smart, aggressive Col. Batyuk. Apprised of the new tactics and techniques used around the city, he replied, “Comrade Commander, I have come to fight Nazis, not for a parade. I have Siberians in my regiments. ..” The 284th was ferried over under fire in predawn and early morning hours of the 23rd. The Soviet objectives were thus to recapture the main ferry landings, gain ground toward the central rail station, and drive south to link up with the isolated remnants of the 92nd and 42nd Brigades fighting in the southern part of the city. The Russian attack hit just as the Germans were mobilizing for an assault of their own.
Attacker: Russian (2nd Battalion, 39th Guards Regiment, 13th Guards Rifle Division / 284th Siberian Rifle Division / 685th Regiment, 193rd Rifle Division)
Defender: German (Infanterie Division 71) 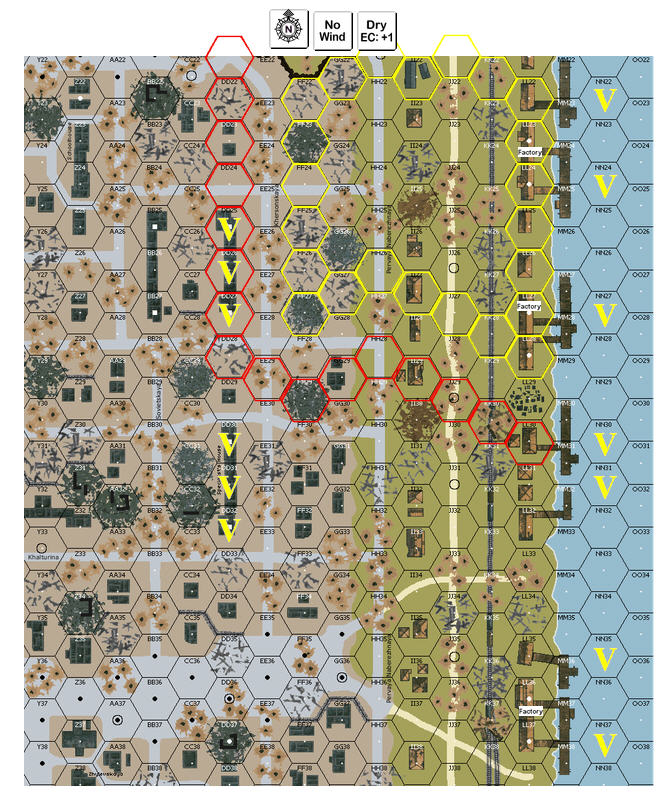