On the first day of the war, the German 4th Panzer Division attacked the well-trained and determined Wolynska Cavalry Brigade at the village of Mokra. In the early morning hours of September 1st, German scouts probed the lines of the dismounted Polish cavalry. At 1000 hours, they called in the Panzers and the ensuing battle drove the defenders deeper into the forested terrain that the tanks could not penetrate. 1st Battalion would have to send in their infantry if they wanted to dislodge the defenders.
Attacker: Polish (4/19 Lancers | Wolynska Cavalry Brigade)
Defender: German (1st Battalion | 35th Panzer Regiment) 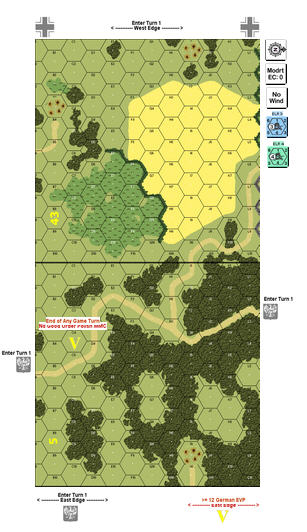