The 4th Infantry Division was inserted into the center of the VII Corps zone and could initially only commit the 8th Regiment. The regiment attacked with two battalions abreast on a 2,000 yard front on good terrain for offensive action. They were able to gain several kilometers and bypassed some German positions. The supporting armor was slowed by the bocage and bomb craters. One of the battalions struck an orchard full of Germans that had such effective fields of fire that they could not bypass the strongpoint. Supporting armor arrived and blasted the orchard and the resistance disintegrated. The attack continued and 700 yards south of the highway struck two-dug in tanks and a line of soldiers along a sunken road.
Attacker: American (Reinforced elements of 8th Infantry Regiment, 4th Infantry Division)
Defender: German (Elements of Panzer Lehr Division) 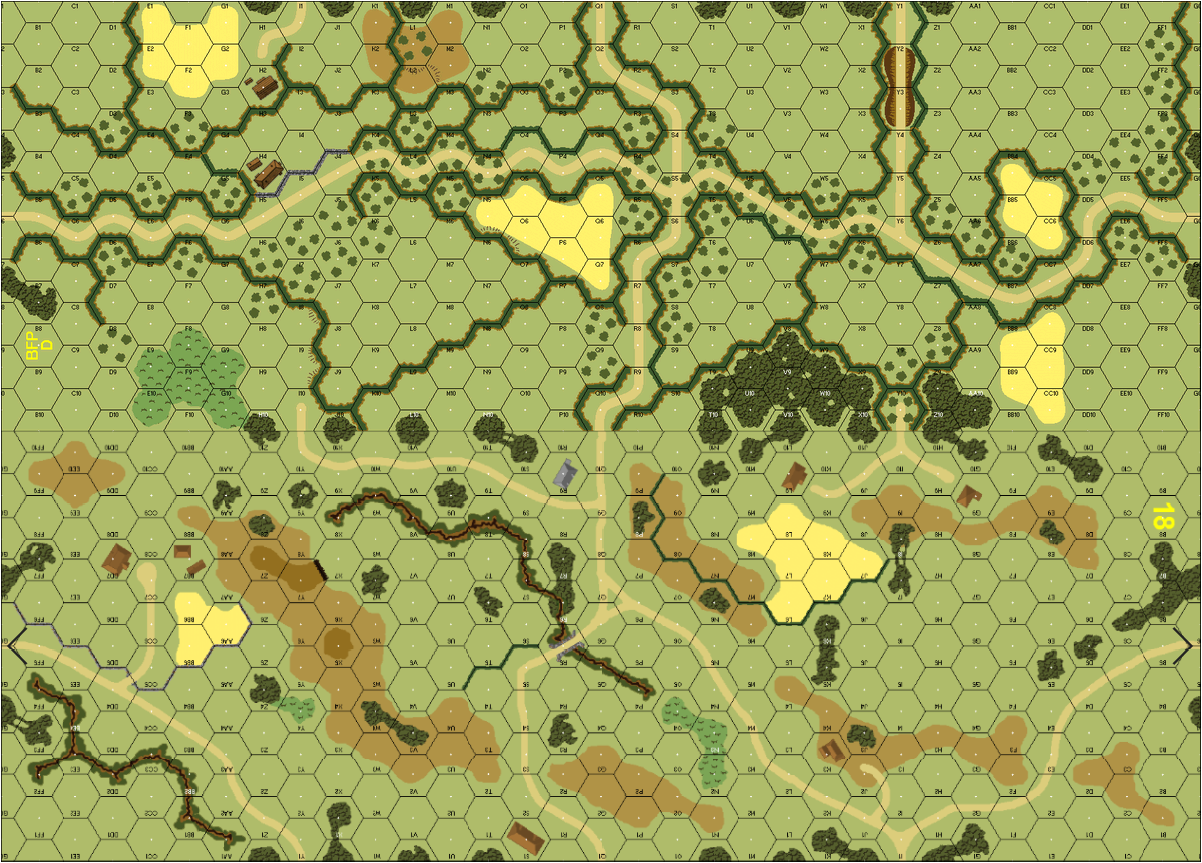 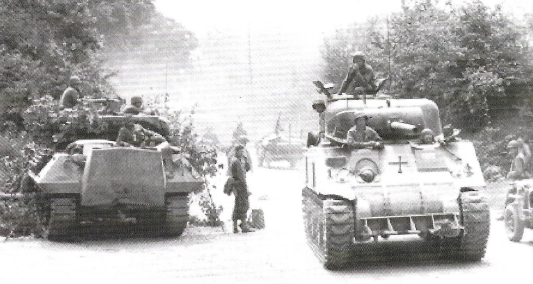