By late afternoon it was becoming apparent to Choltitz, the LXXXIV Corps commander, that his forces were on the verge of being encircled. American patrols were penetrating deep behind German lines. The SS Panzer Division 2 commander was killed by a US patrol near his command post. Plans were made for withdrawing the remnants of the units southward along the coast road towards Brehal, where they could avoid the westward-moving US forces and Choltitz agreed.
Attacker: German (SS) (Elements of SS Panzer Division 2)
Defender: American (Elements of 41st Armored Infantry Regiment, 2nd Armored Division) 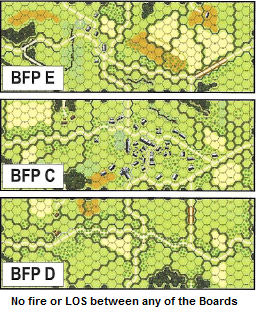