After the Cobra breakout, “Hell on Wheels” moved south at a rapid pace, crushing enemy forces and taking ground quickly. The rapid advance came to an abrupt halt in the area of Villebaudon. Several engagements took place on 29 July, leaving possession of the village and its key crossroads to the Americans. Elements of Panzer Division 2 were still holding Tessy to the northeast, hindering offensive operations. Task Force 2-66, reinforced with infantry from the 22nd Regiment, 4th ID, was ordered to move into Villebaudon in preparation for an attack east to get behind the 2nd Panzer. Meanwhile, elements of Panzer Division 116 were ordered to attack along the Tessy-Villebaudon road and cut the St. Lo-Percy road. . .
Attacker: German (Elements of Battalion I, Panzergrenadier Rgt 60 and Battalion I, Panzer Rgt 24, Panzer Division 116)
Defender: American (Elements of Combat Command A, 2nd Armored Division) 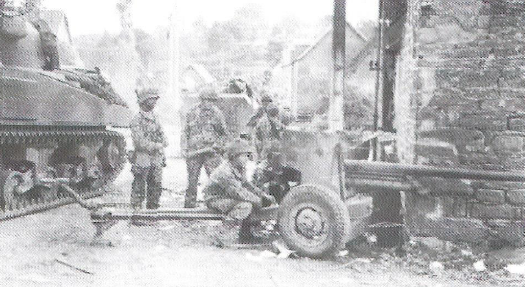