Responding to a German bridgehead over the river near Sedan, the French ordered two tank battalions to join two reserve infantry regiments for possible action. Unfortunately it took them all night to reach their assigned positions. The attack order was issued at 0500 the next morning, before two of the formations had arrived. Finally at 0730 the counterstroke, comprising only the 7th Tank Battalion and 213th Infantry Regiment, set out with no reconnaissance. In the meantime the 2nd Panzer Regiment was crossing the Meuse and rushing headlong to the front line in Kleckerweise (“penny packets”), one company at a time, against their own doctrine.
Attacker: French (III/213ème Régiment d'Infanterie and 1/7ème Bataillon de Chars de Combat)
Defender: German (Panzerjäger-Kompanie Grossdeutschland, and Kompanie 4 und 2, Panzer-Regiment 2) 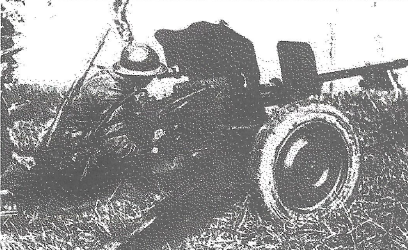