Rommel added depth to his defenses at El Alamein by creating two belts of mines which were connected at intervals to create boxes which would restrict enemy penetration. The main defensive positions were built to a depth of at least 2 kilometer behind the second mine belt. These belts became known as Teufelgarten (Devil's Garden). On the night of 24 October, the British began to move through the belts against Italian defenders.
Attacker: British (51st Highland Division and 1st Armoured Division)
Defender: Italian (Trento Division) 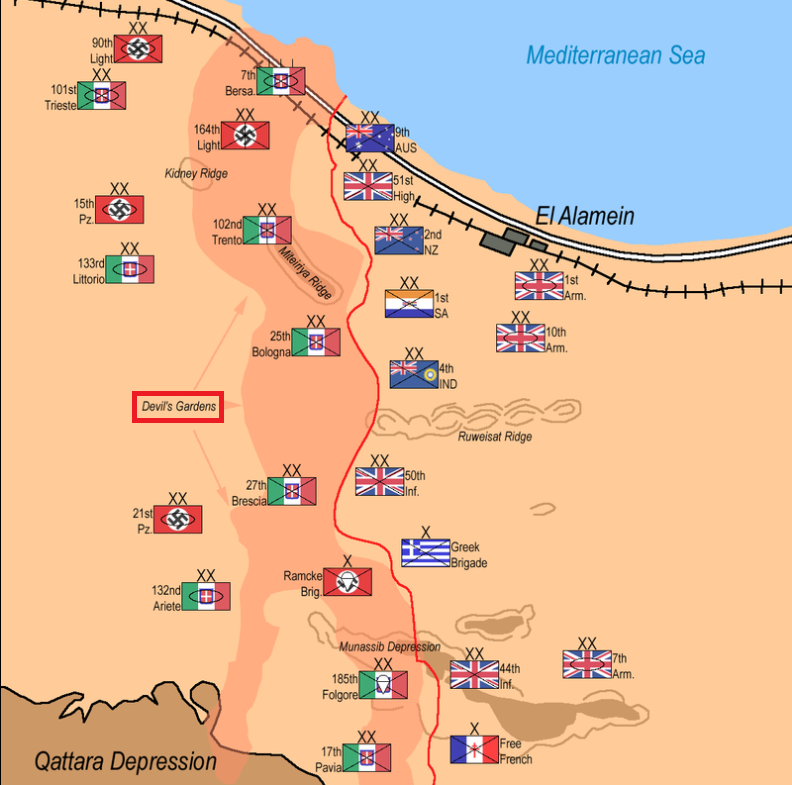 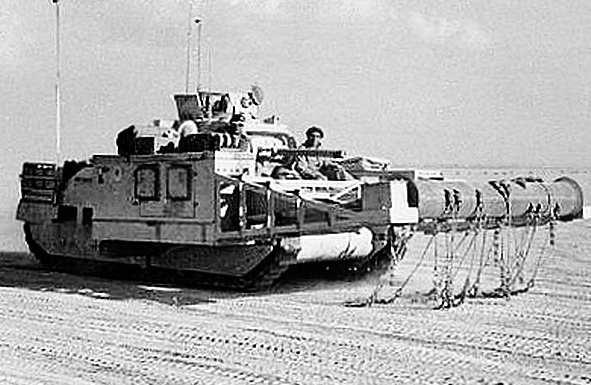