The Australian pursuit of the retreating Japanese led the advancing 16th Brigade to Eora Creek. A Japanese rearguard had turned the opposite bank into a jungle fortress. A direct assault was considered a costly option. However, with pressure from General MacArthur and Australia's General Blarny, Brigadier Lloyd decided to seize a bridgehead across the creek at night and exploit any gains during the day. The lead company made it safely across the first log bridge and was crossing the second when the Japanese spotted them and opened fire.
Attacker: Australian (2/1st Battalion and 2/3rd Battalion, 16th Brigade)
Defender: Japanese (3rd Battalion, 144th Regiment) 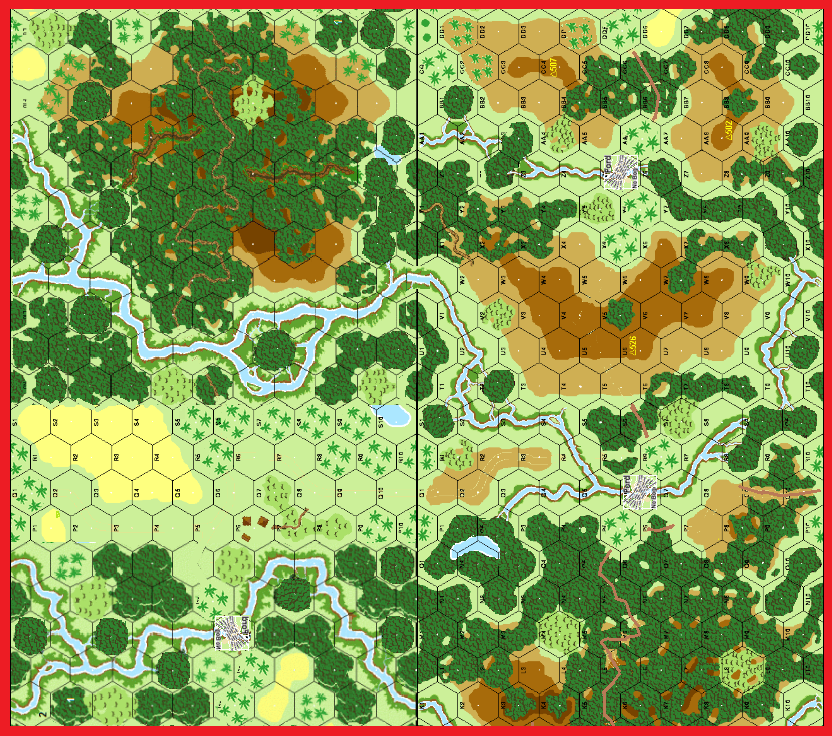 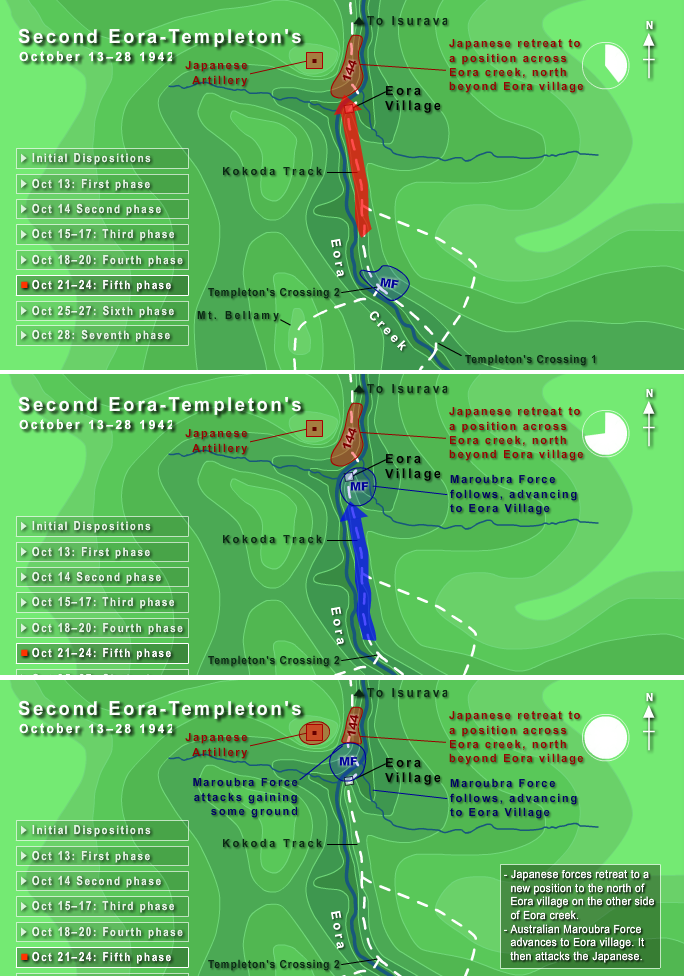