Shortly before the crack of dawn on 4 January, sleeping American soldiers were suddenly awakened by what some on the scene described as “the most intensive machine-gun and automatic weapon fire that any had ever heard.” Disoriented GIs awoke to the sudden outburst of fire but there was no panic. German forces pushed out of the Low Vosges forests to capture Wingen-sur-Moder, situated along the road net needed for Operation Nordwind. The attacking enemy forces struck Wingen at the first light of day and rapidly moved through the village.
Attacker: German (SS) (Elements of the 1st and 2nd Kompanies, 3rd Bataillon, 12th SS Gebirgsjager Regiment, 6th SS Gebirgsjager Division and reinforcing elements of the 6th Combat Engineers Bataillon)
Defender: American (Elements of the 179th Regiment, 45th Infantry Division and Company A, 1st Battalion, 276th Regiment, 70th Infantry Division) 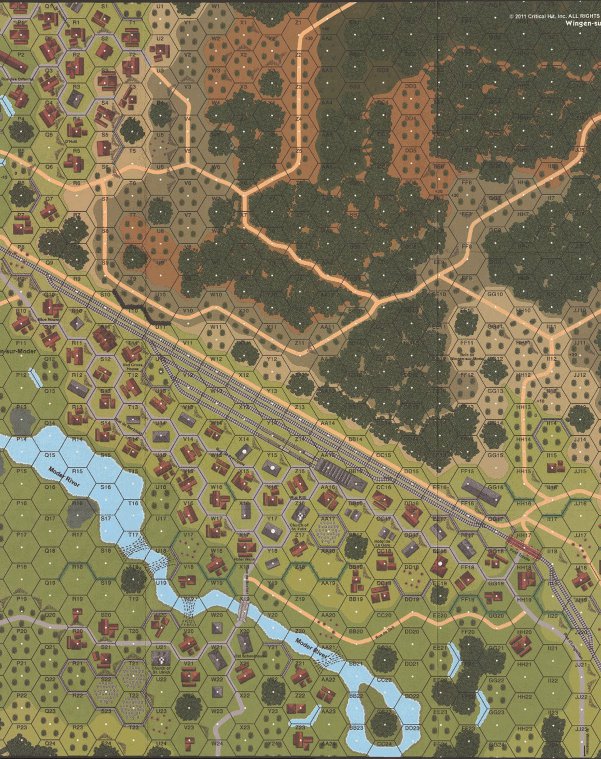