II SS Panzer corps planned to continue its attack towards Prokhorovka on the morning of 12 July. The Soviets had something else in mind, launching numerous attacks against the Germans, preventing them from getting an attack going. The 2nd Tank Corps had been severely depleted and withdrawn, but its remnants were put into the line between the 29th and 2nd Guards Tank Corps for the attack. Elements of the 3rd Company, SS Panzerjaeger Battalion I were the first to spot the enemy. They saw tanks rolling towards the adjacent 2nd SS Division’s positions; moments later Russian artillery was falling on the 2nd SS positions. A German reconnaissance aircraft dropped a signal to the 1st SS troopers that more Russian tanks were approaching, but heading towards their positions.
Attacker: Russian (169th Tank Brigade, 2nd Tank Corps)
Defender: German (SS) (SS Panzergrenadier Regiment 1, SS Panzergrenadier Division 1) 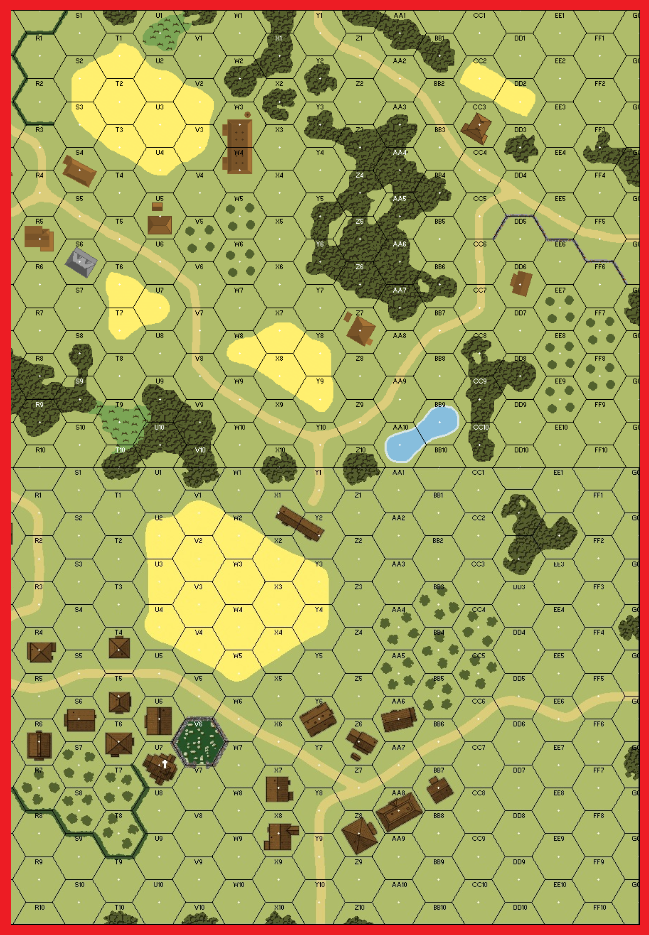 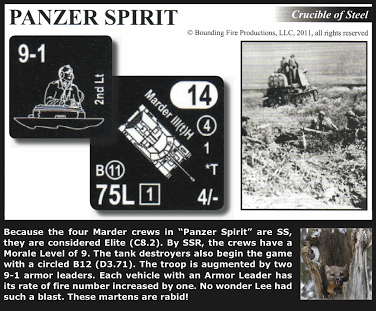