The roadblocks along the Wiltz road had not been established in vain. Even the disaster at Wardin bought time for the 101st Airborne to move into position around Bastogne. Just as Lt. Colonel Roy Inman's 2nd Battalion of the 327th Glider Infantry Regiment was relieving some engineers in the village of Marvie, a platoon of German tanks, led by a single Jagdpanzer, began shelling the town and engaging Team O'Hara's light tanks. At 1100, a company of panzergrenadiers in halftracks, came barreling out of the woods right into the town and almost on top of Inman's glider men.
Attacker: German (Panzergrenadier-Lehr-Regiment 901, Panzer-Lehr-Division)
Defender: American (Company E, 327th Glider Regiment; Team O'Hara, CCB, 10th Armored Division) 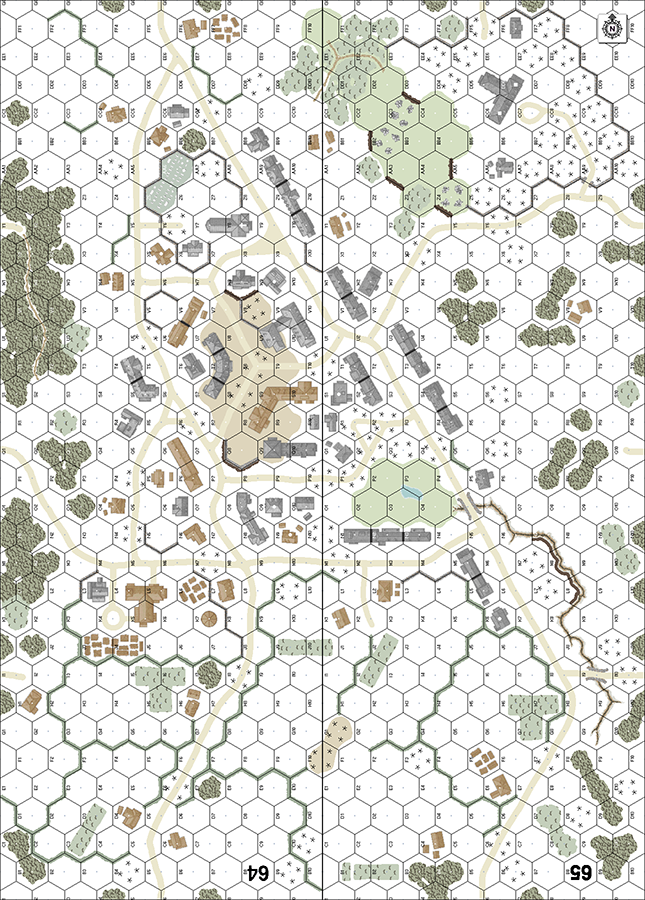