US infantry, with the help of a tank platoon of Shermans, attempted to clear out a few troublesome panzers which had established themselves in the village of Reuler. As they entered the village, the leading tank was fired on by a German halftrack camouflaged as an ambulance. Then five German tanks opened fire from the opposite side of town. The Duel at Reuler was on. . .
Attacker: German (Panzer Regiment 3, Panzer Division 2)
Defender: American (Company D, 2nd Battalion, 110th Infantry Regiment, 28th Infantry Division and 2nd Platoon, B Company, 2nd Tank Battalion, CCR, 9th Armored Division) 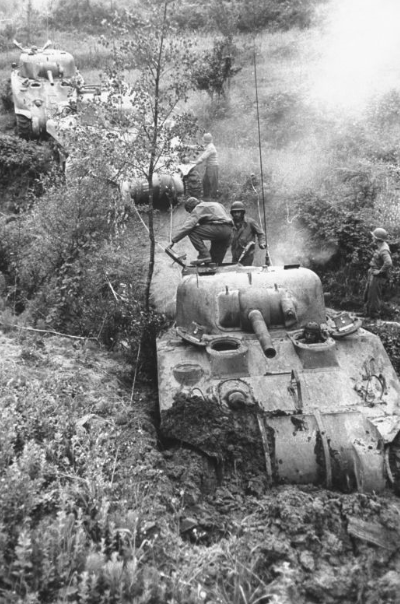