The British plan for the Alamein offensive included penetration of the vast minefields all along the front line, from the Mediterranean Sea to the Qattara Depression. The penetration of two minefields, nicknamed “January” and “February”, figured prominently in the British plans for the first night of their offensive. British infantry, supported by engineers, were to breach these minefields in the dark, creating numerous cleared lanes for the armor to pass through by dawn. Several units became disoriented in the dark, and the clearance of the first minefield, “January”, was not completed until just before dawn. With the sun threatening to rise on the incomplete British breaching operation, the Tommies – supported by mine-clearing flail tanks – moved forward for their assault on “February”.
Attacker: British (131st Infantry Brigade, 44th Infantry Division, with 42nd Battalion, Royal Tank Regiment)
Defender: Italian (187° Reggimento, Paràcadutista, Divisione Folgore, with 1a Battaglione,185° Reggimento Artigliera) 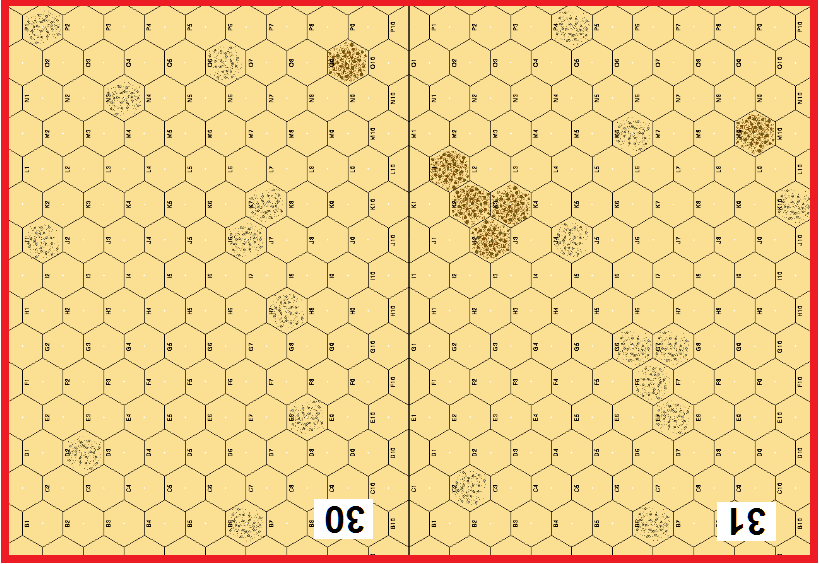 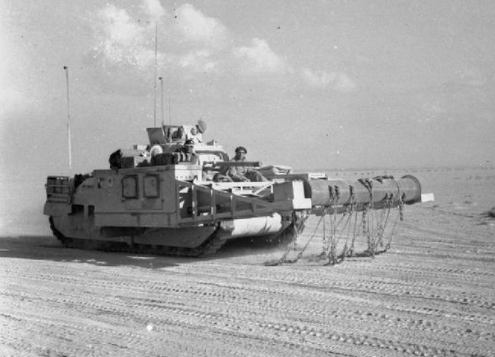 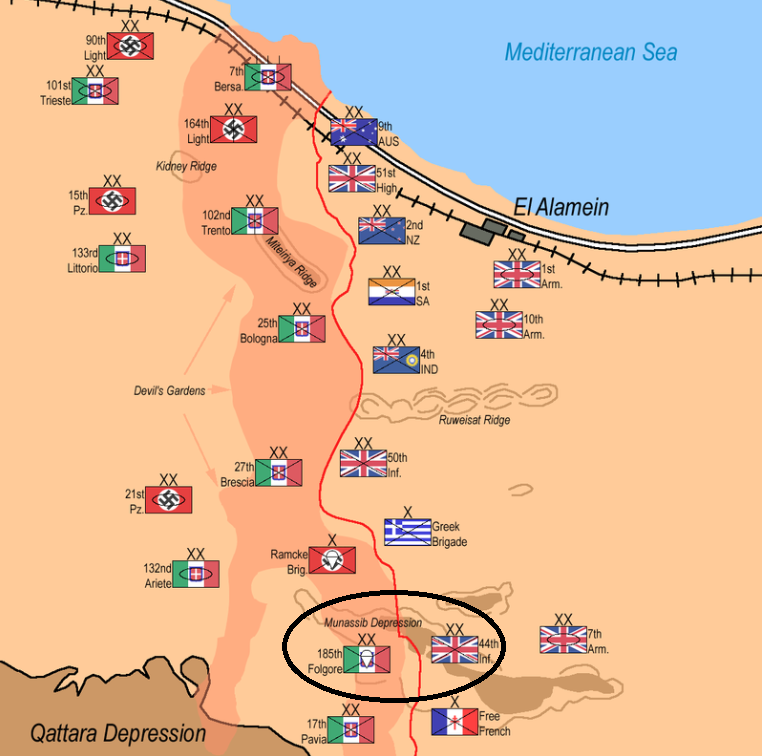