The plan was that George Company should deploy to the left of the causeway, Easy to the right. But in the turmoil of the crossing, units were intermingled inextricably. By the time Captain Harney's Fox Company came on the scene, contact with main bodies of the preceding companies had been lost, and such stragglers as could be rounded up were quickly taken in tow. Harney struck west down the main road. Three tanks made the crossing, and quickly made their presence felt by routing an advanced 3/325th Command Post. Captain Harney's disquiet grew as he sensed growing opposition facing his mixed force.
Attacker: German (Elements of the 1057th Grenadier Regt)
Defender: American (3rd Bn, 325th Glider Infantry Regiment and elements of the 746th Tank Battalion) 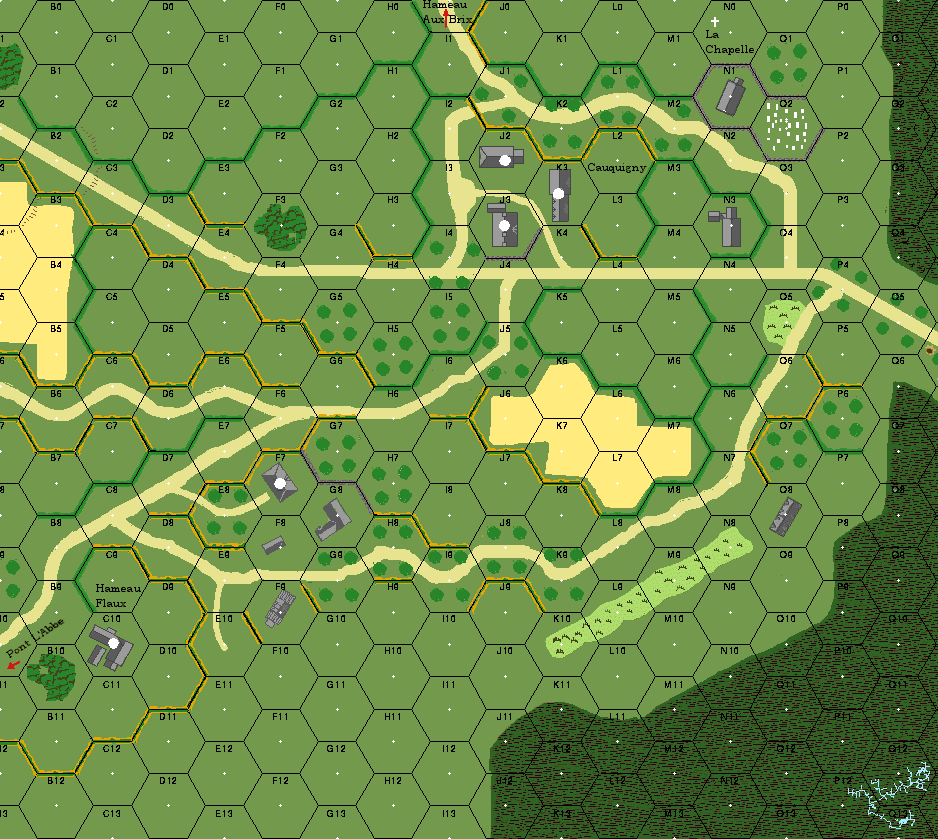