The enemy tank company approaching Villa Rogatti was 7 Company, 26th Panzer Regiment, commanded by Oberleutnant Ruckdeschel. One and a quarter miles southwest of the village, Ruckdeschel linked up with an officer from the 200th Panzer Grenadier Regiment, but was unable to get a solid report on Canadian dispositions inside the town. The attacking force then advanced on line in a northeasterly direction to the left of the road entering the village. Infantry, formed on either side and to the rear of each tank, providing covering protection. The tanks ground along in low gear, pushing through the olve trees and vineyards, churning the ground beneath the tracks into deep, muddy ruts. The dense fog restricted Ruckdeschel’s vision to about 100 yards. Two hundred yards outside Villa Rogatti, Ruckdeschel recorded in after-action report, the tanks “were suddenly struck by a terrific bombardment”. The panzers drove on, engaging British armor and infantry in facing houses with machine guns and their main cannon, armor-piercing shells opening holes in the walls, turning the heavy stone into splinters of skin-flaying shrapnel.
Attacker: German (Elements Panzer-Grenadier Regiment 200, supported by Kompanie 7, Panzer Regiment 26)
Defender: Canadian (Elements Princess Patricia's Canadian Light Infantry, supported by Saskatoon Light Infantry (MG) and 44th Royal Tank Regiment) 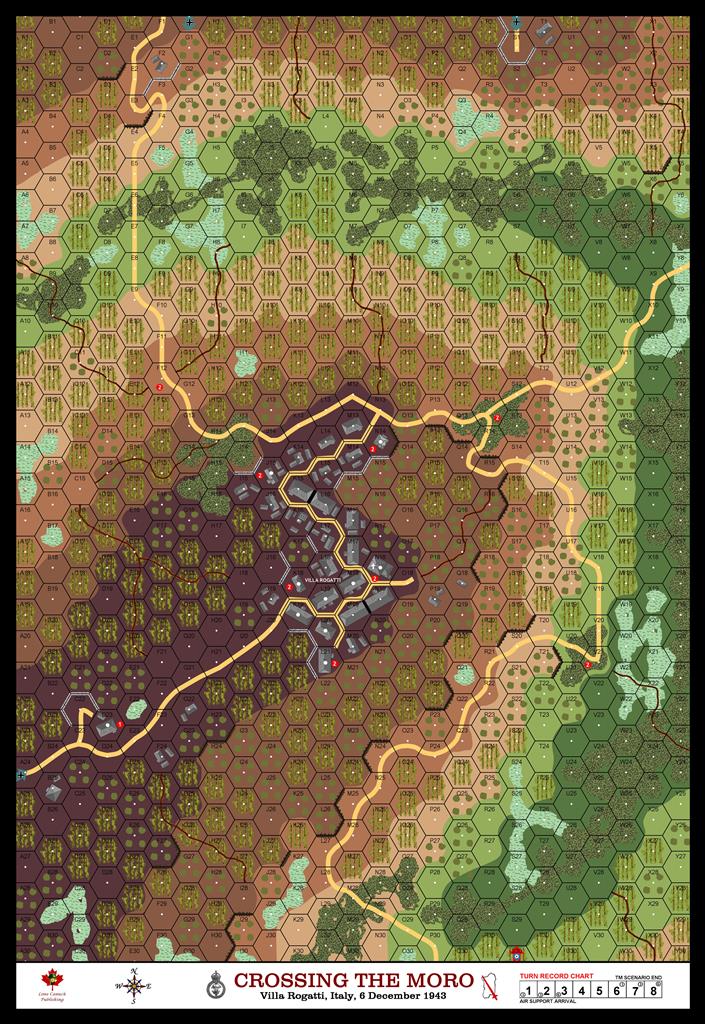