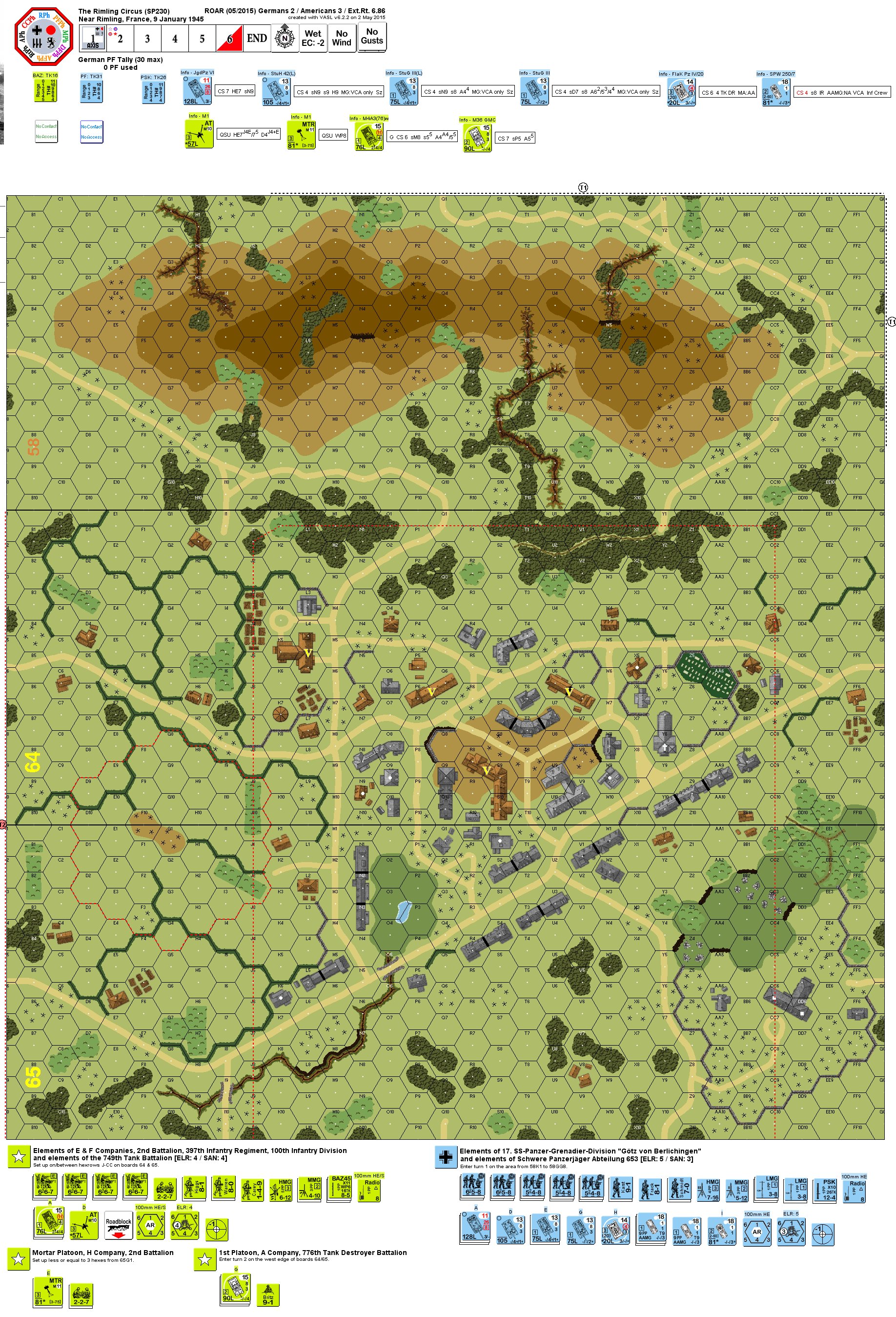 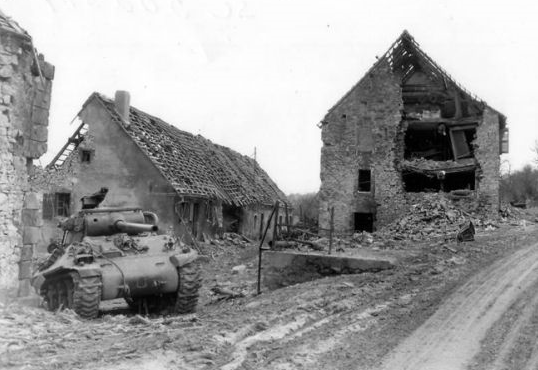 In the front line town of Rimling, a M36 tank destroyer stands in the protection of walls of bombed out building awaiting action.