During Operation Veritable, The RHLI or ‘Rileys’, positioned astride the Goch-Calcar Road, were coming under increased pressure from German counterattacks. With the sound of German tank engines in the distance, Major Froggett, the Commander of the Rileys ‘D’ Company, arranged for the supporting anti-tank guns to prepare for the expected German attack. The troop of anti-tank guns was from the 18th Canadian AT Battery and under the command of Lt. David Heaps. The troop’s guns had just been upgraded to the new ‘Archer’ self-propelled 17-pounder anti-tank gun, which had an odd configuration in that the main armament pointed outwards from the rear of the vehicle. As heavy shellfire landed around them, they could see the approaching German infantry and Panther tanks crossing the fields towards them.
Attacker: German (Elements of Kampfgruppe Hauser, Panzer-Lehr Division)
Defender: Canadian (Elements of D Company, Royal Hamilton Light Infantry, 4th Infantry Brigade, 2nd Canadian Infantry Division & C Troop, 18th Canadian Anti-Tank Battery, RCA) 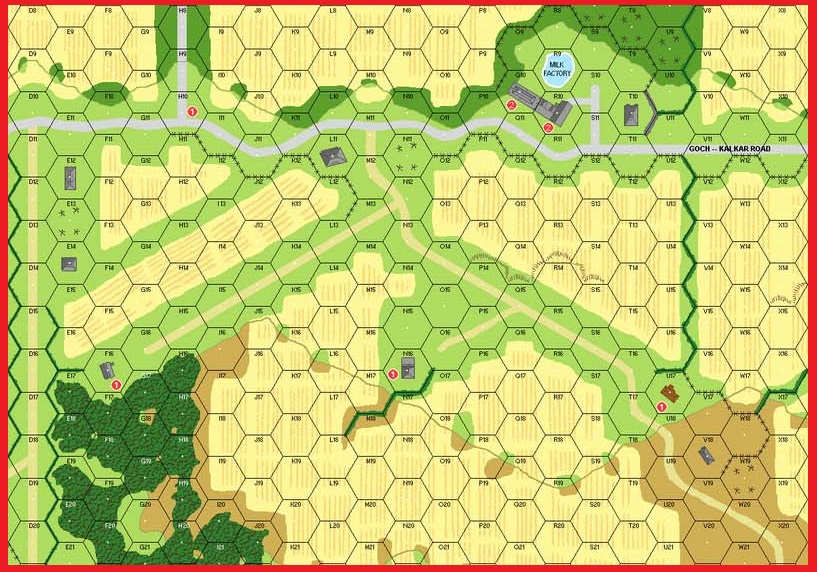 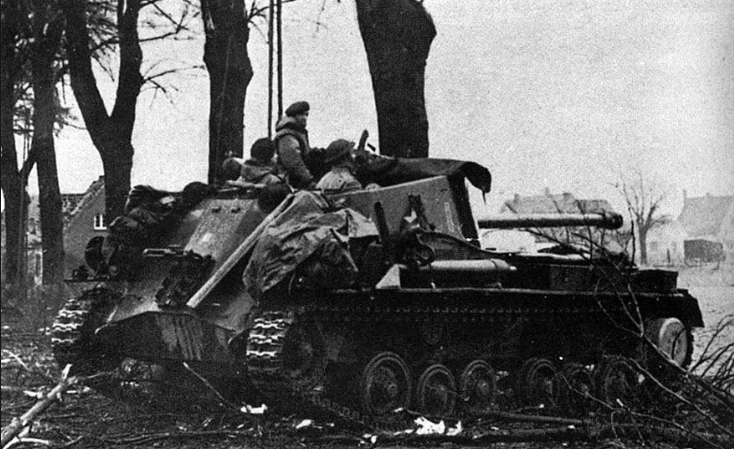 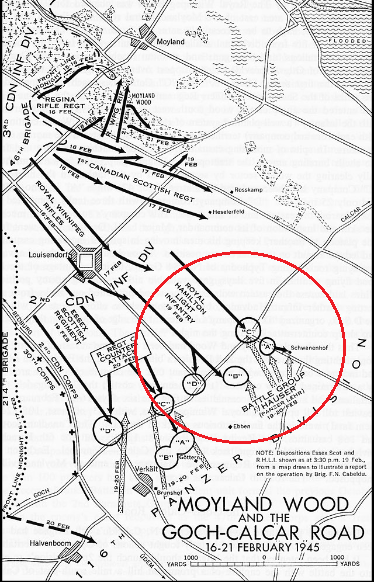