On the road to Kiev, two German reconnaissance vehicles detected a garrison unit of mediocre quality at Zjitomir, a town west of Kiev. The HQ of the 13th Panzer Division ordered its motorcycle battalion to clear the road to Kiev as soon as possible. The Russians were caught by surprise by the promptness in which the Germans laid on the attack. The German guns were unlimbered and infantry had reached cover of the first buildings when the Soviets finally opened fire. . .
Attacker: German (2nd Company, 43rd Kradschutzen Battalion, 13th Panzer Division)
Defender: Russian (Elements of the Zjitomir Training and Recruitment Center attached to 5th Army) 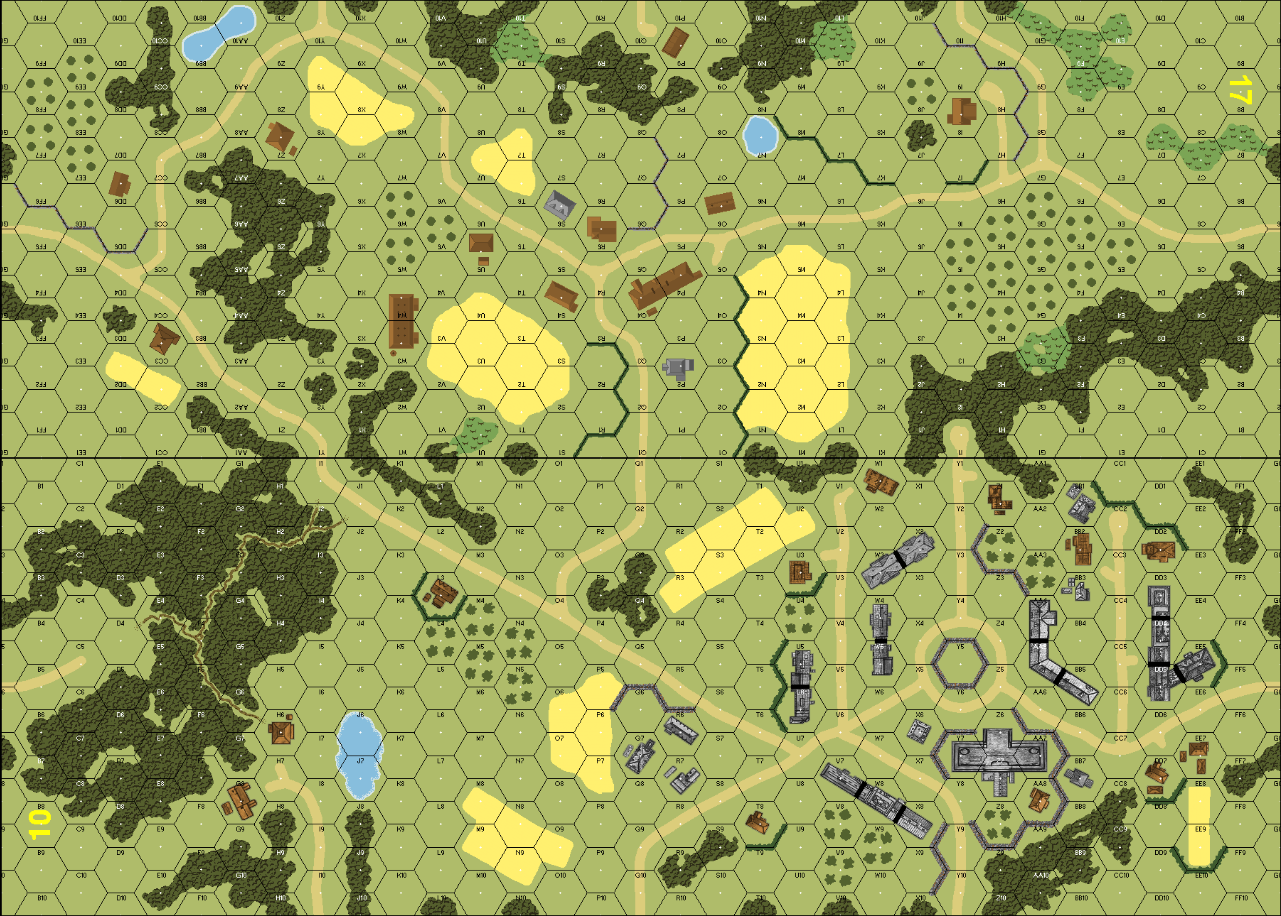