The Belgian Brigade originated in 1940 and was made up of Belgians who had escaped to England. The Belgian government in exile was keen to have Belgians participate in the D-Day landings and subsequent liberation of Europe. The Brigade would participate in Operation Paddle, while clearing the Channel coast from 17 August with British and Dutch (Princess Irene Brigade) troops of the 6th Airborne Division. The Brigade's armored car squadrons were detached to assist British units. On August 20th, while moving in support of the British drive on Dives-sur-Mer, the Brigade was ambushed at a local crossroads by a small German Kampfgruppe. Eager to prove their combat ability, the Belgians quickly dismounted their infantry and launched a coordinated attack to secure the crossroads and prevent German units from escaping from Dives-sur-Mer.
Attacker: Belgian (1st Belgian Brigade "Brigade Piron")
Defender: German (Kampfgruppe Hamel of 744h Grenadier Regiment) 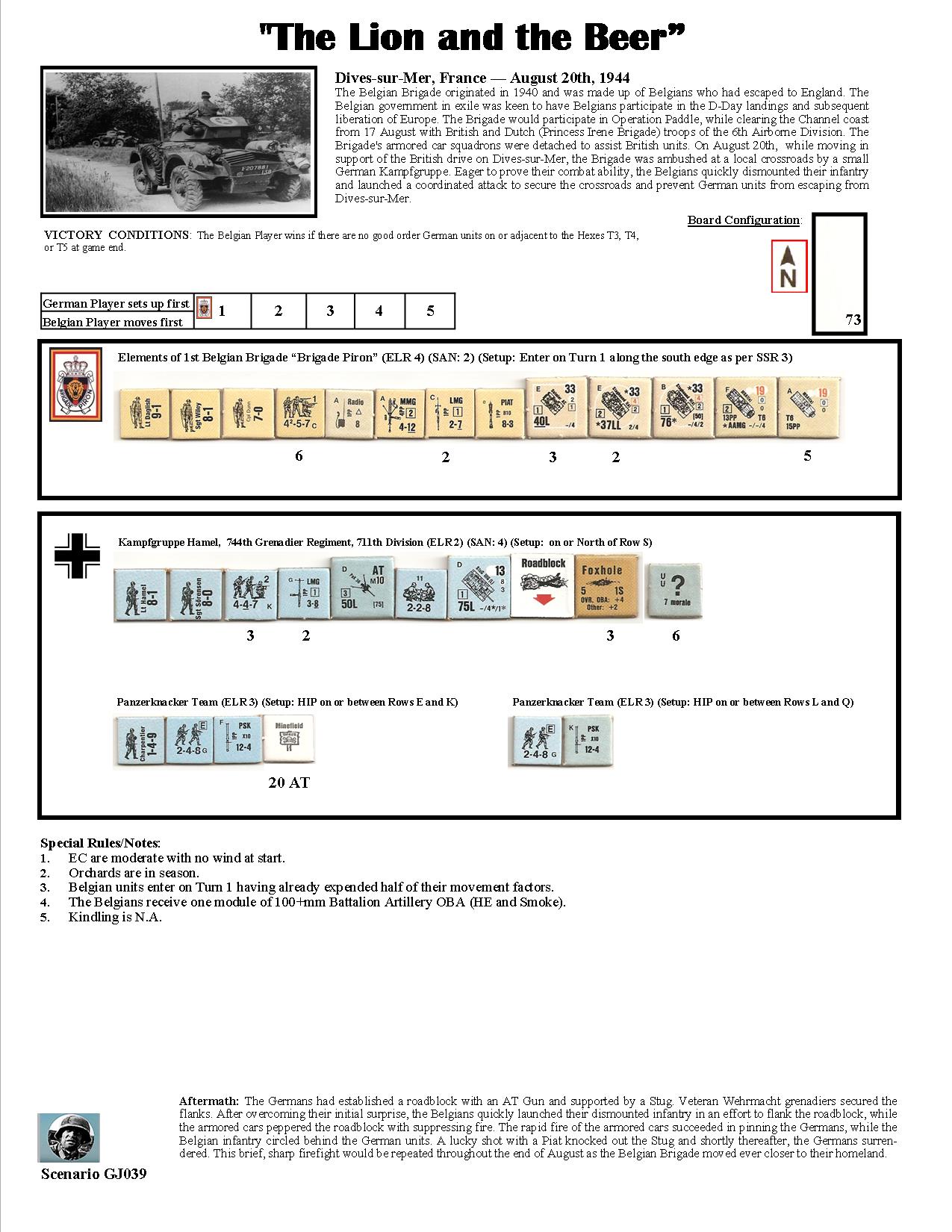 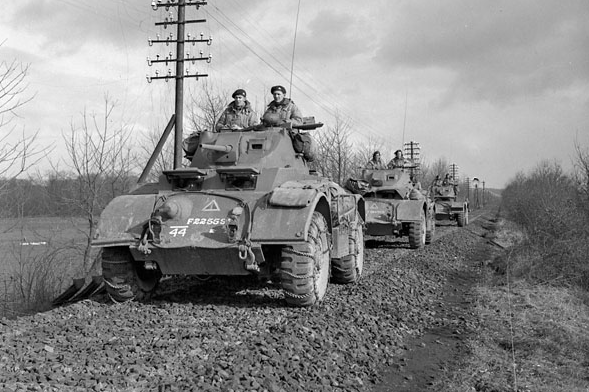