The battle of France raged on. The 4. Panzer-Division was tasked to seize the Aulnoye-Maroilles line and continue to secure the northwest edge of the Mormal forest. The division's reconnaissance battalion passed through the forest near Locquignol without enemy interference. Two hours later, the reinforced Schützen-Regiment 12 followed in its tracks. By then the road was closed by competent hands of French colonial troops supported by Renault R35 tanks of the 39e Bataillon de Chars de Combat.
Attacker: German (Elements of reinforced Schützen-Regiment 12)
Defender: French (No more details) 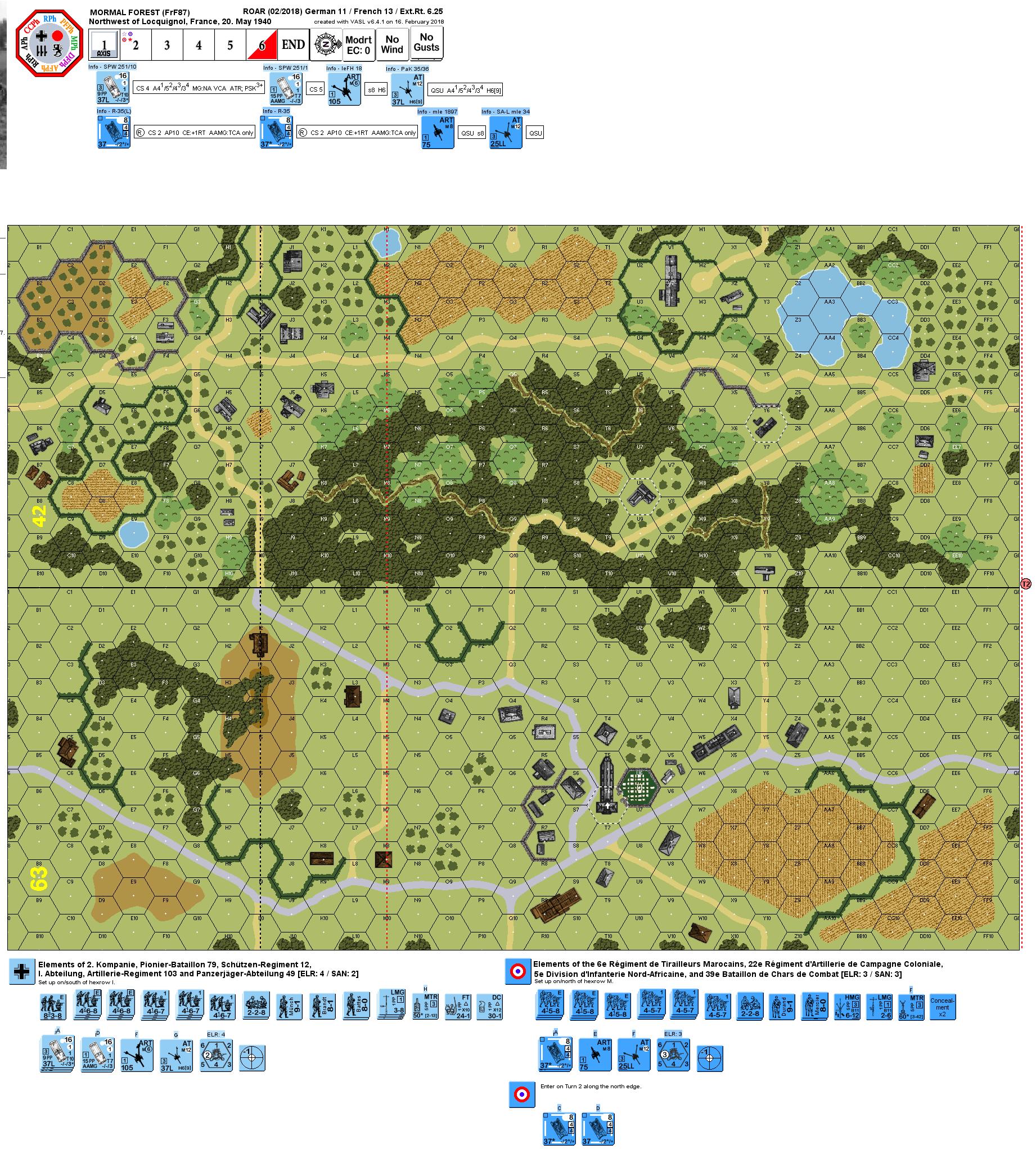