The engineers developed their plan to retake Vossenack on the morning of 7 November. The attack would commence at 0800 following a 30 minute artillery prep. Company A's mission was to retake the church and Company C's the buildings to the north and east. The tank platoon was ordered to follow on the south side of the village and pump tow rounds into each building just before the engineers assaulted.
Attacker: American (Company A/146th Engineer Battalion, 1171st Engineer Group)
Defender: German (Panzer Division 116, Infantry Division 275) 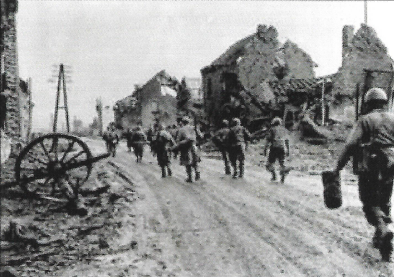