Kaysersberg was a small town situated at the end of the Weiss Valley just before the Alsatian plain in eastern France. At the end of 1944 both sides knew that this town was essential to protect the Colmar Pocket, the last large German foothold in France. The US 36th ID had been blocked and had taken heavy loses while trying to take the town. On the 17th they nevertheless managed to take half of Kayserberg but their AFV support from the Free French 5ème Division Blindée was blocked by the river crossing the middle of the town. They requested help from the 1er Régiment de Chasseurs d’Afrique (5ème DB) and other elements of the 36th ID that have just taken Kientzheim on the northeast. With the support of 25 men from the 30th IR, several elements of the 5ème DB (2 platoons of Foreign Legion and several tanks) launched an attack from behind on the morning of the 18th.
Attacker: American / Free French (Elements of 31st Infantry Regiment, 36th Infantry Division and 30th Infantry Regiment, 3rd Infantry Division and elements of Regiment de Marche de la Legion Etrangere and 1er Regiment de Chasseurs d'Afrique)
Defender: German (Reinforce elements of 18th Infanterie-Division with Local Police) 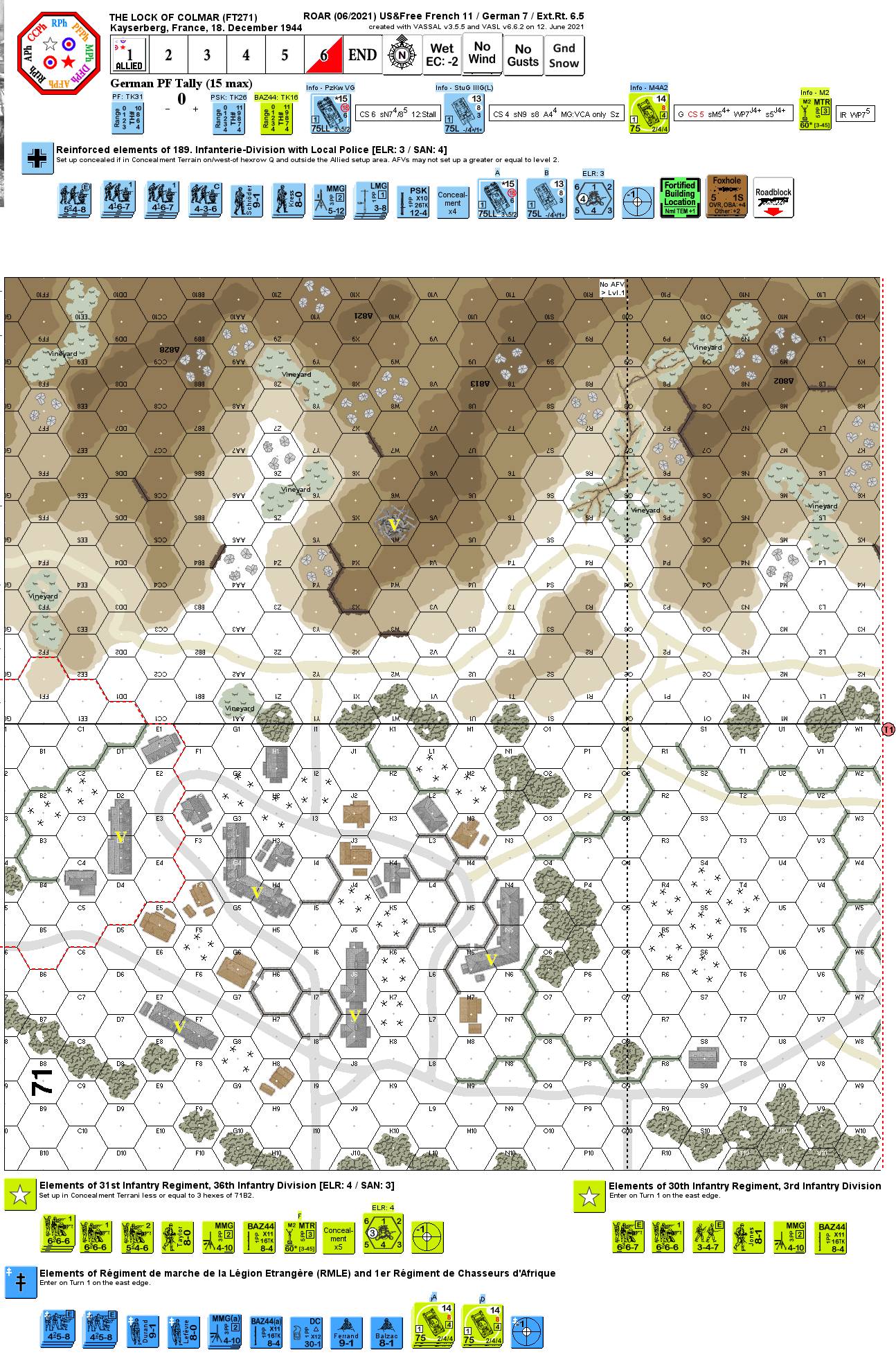 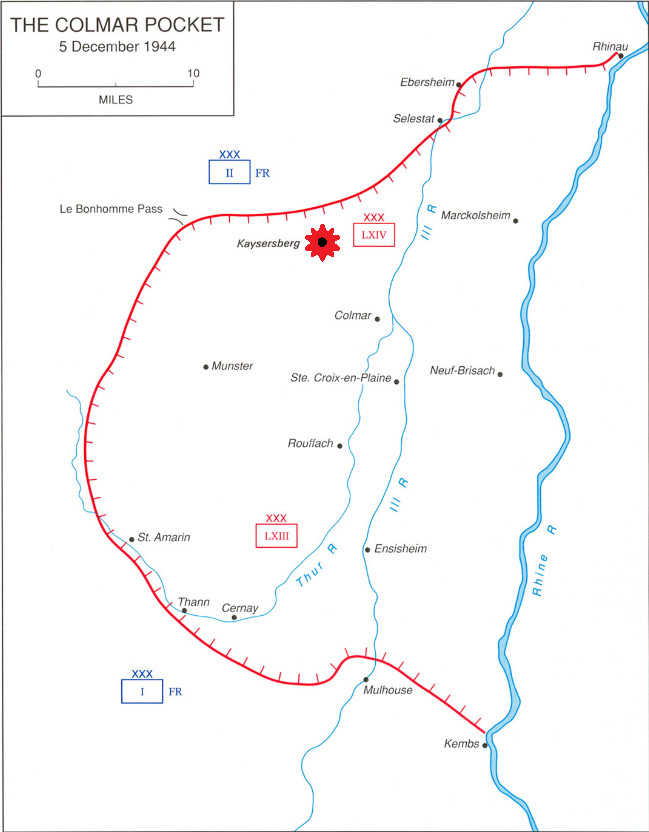 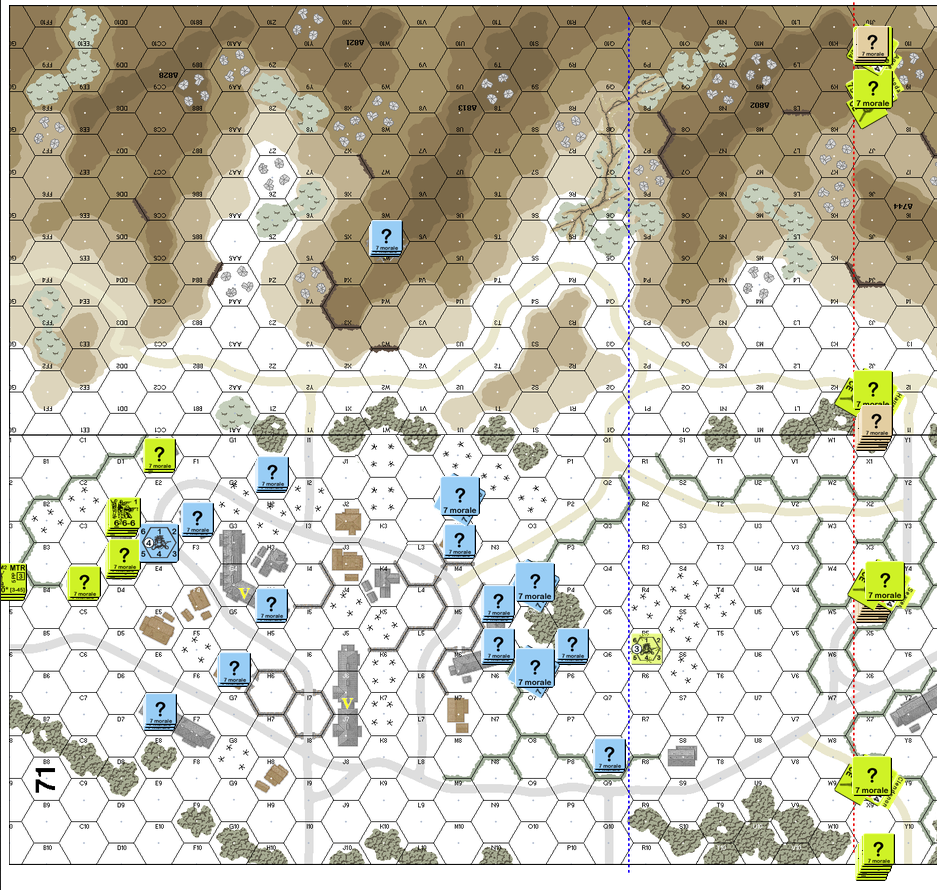