On March 9, 1945, after 4 years of occupying Indochina, the Japanese launched a surprise attack on the French garrisons still stationed there. Caught completely unaware, most French units were captured and destroyed in quick disorganized fights. Despite the general staff’s lack of organization, small groups managed to evade destruction and joined up at prepared rally points in the jungle, which had been readied by Force 136, French “Jedburgh” Commandos, trained in India and sent to Indochina for such an eventuality. From there, the mismatched French units decide to withdraw to neighboring and friendly China, before thinking of continuing the fight. By mid-March, three columns, totaling 5,000 troops started marching towards the border, under the command of Colonels Capponi and Seguin and Commander Lepage.
Attacker: French (Elements of the Detachements Motorises of That-Khe and Na Cham with the 5eme Batterie, 4eme Reriment d'Artillerie Coloniale)
Defender: Viet Minh (Viet Minh Partisans) 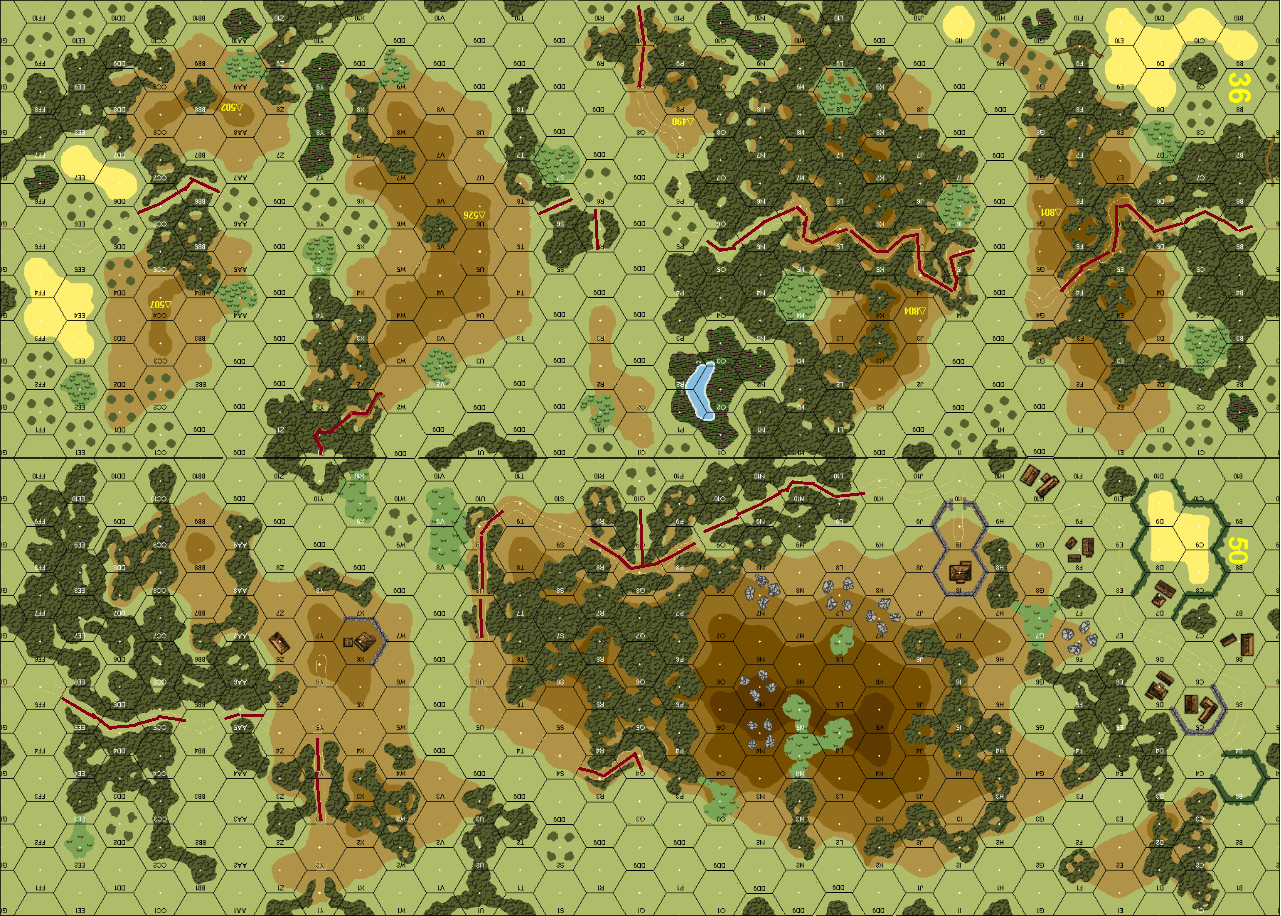