The immediate objective for the newly landed 2nd Infantry Division was the village of Trevieres, located just south of the Aure River. The plan of attack was for the 38th Infantry Regiment to strike directly at Trevieres from the north and west, while the 9th Infantry Regiment would outflank Trevieres by seizing Rubercy to the southeast - thus isolating the German position. It was no accident the Germans had chosen the tiny farm of Haute Hameau to make a stand against the approaching 9th Infantry. The old Norman farm with its stone wall courtyard formed an ideal defensive position, commanding the neighbouring country lanes running south in the direction of Rubercy. The American attack had been ordered so peremptorily that most of the 2nd Infantry Division’s units were still without machine-guns and mortars when the attack was launched. The heavier weapons were still being unloaded at Omaha Beach.
Attacker: American (Elements 3rd Battalion, 9th Infantry Regiment)
Defender: German (Elements 916.Grenadierregiment) 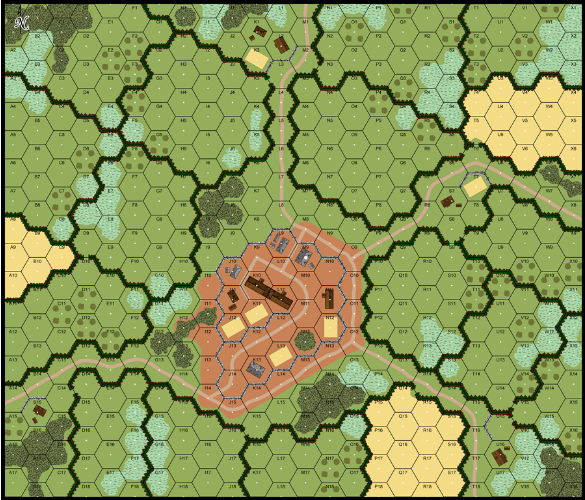 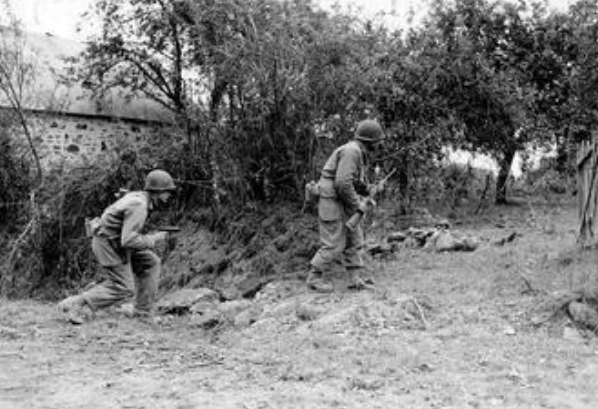