The US 38th Infantry Regiment was to strike directly at Trevières from the north and west, while the 9th Infantry Regiment would outflank Trevières by seizing Rubercy to the southeast, cutting off the German position. The village was well-sited for defense from the north as any attacker had to first traverse the river. The 9th Infantry’s attack ran into difficulties aggravated by its total lack of medium mortars and heavy machine-guns, the hedgerow terrain, and the tenacity of the German defense. The 2nd and 3rd Battalions made slow progress crossing the Aure River, being continually pinned down by German machine-gun fire. The American attack was kept moving chiefly by bold leadership. The success of the 3d Battalion in crossing the Aure River under heavy machine-gun fire was due at least in part to the courage of Captain Omery C. Weathers of Company K who lead his men through the fire at the cost of his own life. Late in the afternoon the regiment, still short of its objective, was ordered to continue the attack to take Trevières that night.
Attacker: American (Elements 3rd Battalion, 38th Infantry Regiment)
Defender: German (Elements 916.Grenadierregiment) 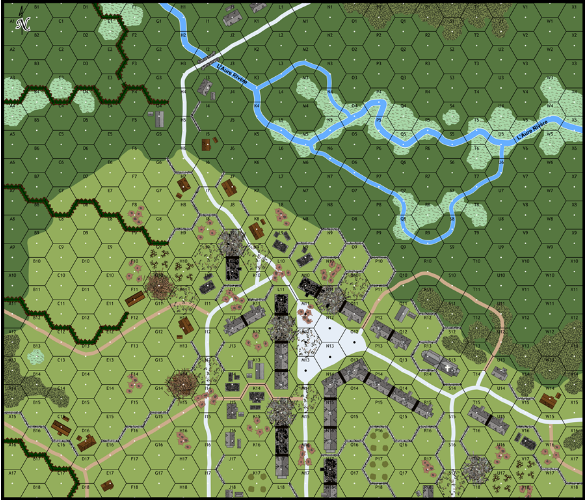 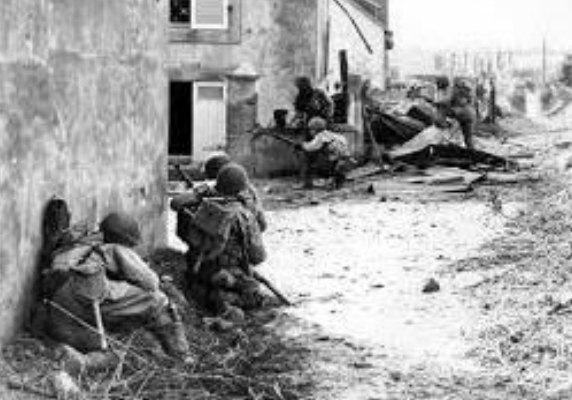