Several strategic objectives had to be taken to allow the advancing German 6th Army to pass unhindered into Belgium as part of Fall Gelb.These were three bridges over the Albert Canal at Veldvezeldt, Vroenhoven and Kanne and the fortress ofEben Emael. It was decided that a parachute assault was out ofthe question due to the limited space at Eben Emael and the chance of some men missing the drop zone. It would have to be carried out in light assault gliders. The assignment went to Hauptmann Walter Koch who was to form a Para-Assault Detachment from men of his 1st Battalion, 1st Regiment and Lieutenant Rudolf Witzig's pioneer company from the 2nd Battalion, 1st Regiment. They were organized into 4 assault groups, each ofwhich had a specific objective. They were each given a code name. Granite was to take Eben Emael itself, Sreel to take and hold the Veldvezelt bridge (Maastricht-Antwerp road), Concrete to take and hold the Vroenhoven bridge (Maastricht-Brussels road), and lron to take and hold the Kanne bridge (Maastricht-Liege road).
Attacker: German (Elements of Sturmgruppe Eisen)
Defender: Belgian (Elements of 2nd Battalion, 2nd Grenadiers, 7th Infantry Division) 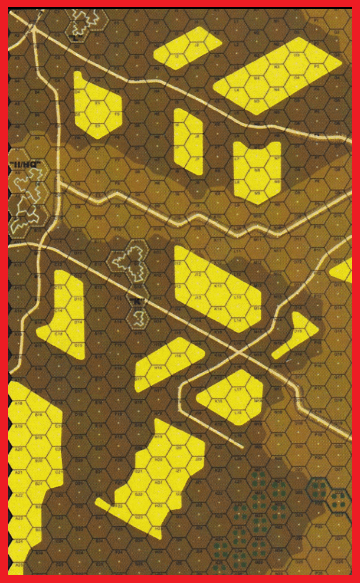