On the morning of September 19th, 1944, D Company of the 2nd Battalion South Staffordshire Regiment was tasked with advancing into Arnhem along the Utrechtseweg Road. The company fought its way to the municipal museum location. An abandoned German 20L AA gun was in the street adjacent to the museum. By late morning, the Staffordshires had dug in at the museum just as StuGs of SS Kampfgruppe Moeller began moving towards the museum along the Utrechtseweg.
Attacker: German (SS) (Kampfgruppe Moeller)
Defender: British (2nd Battalion South Stafforshire Regiment) 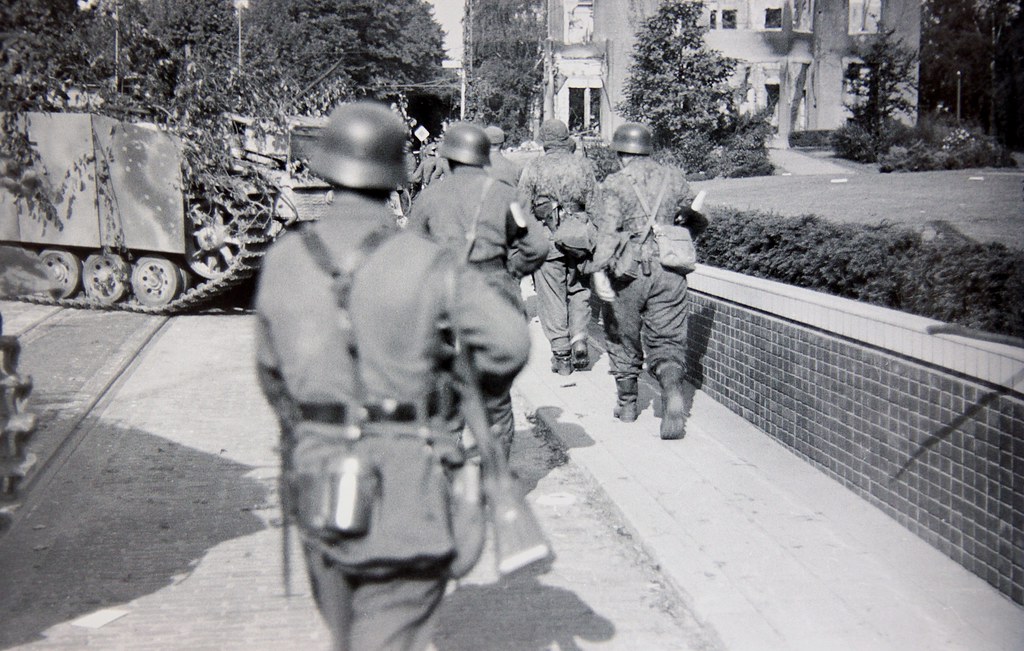 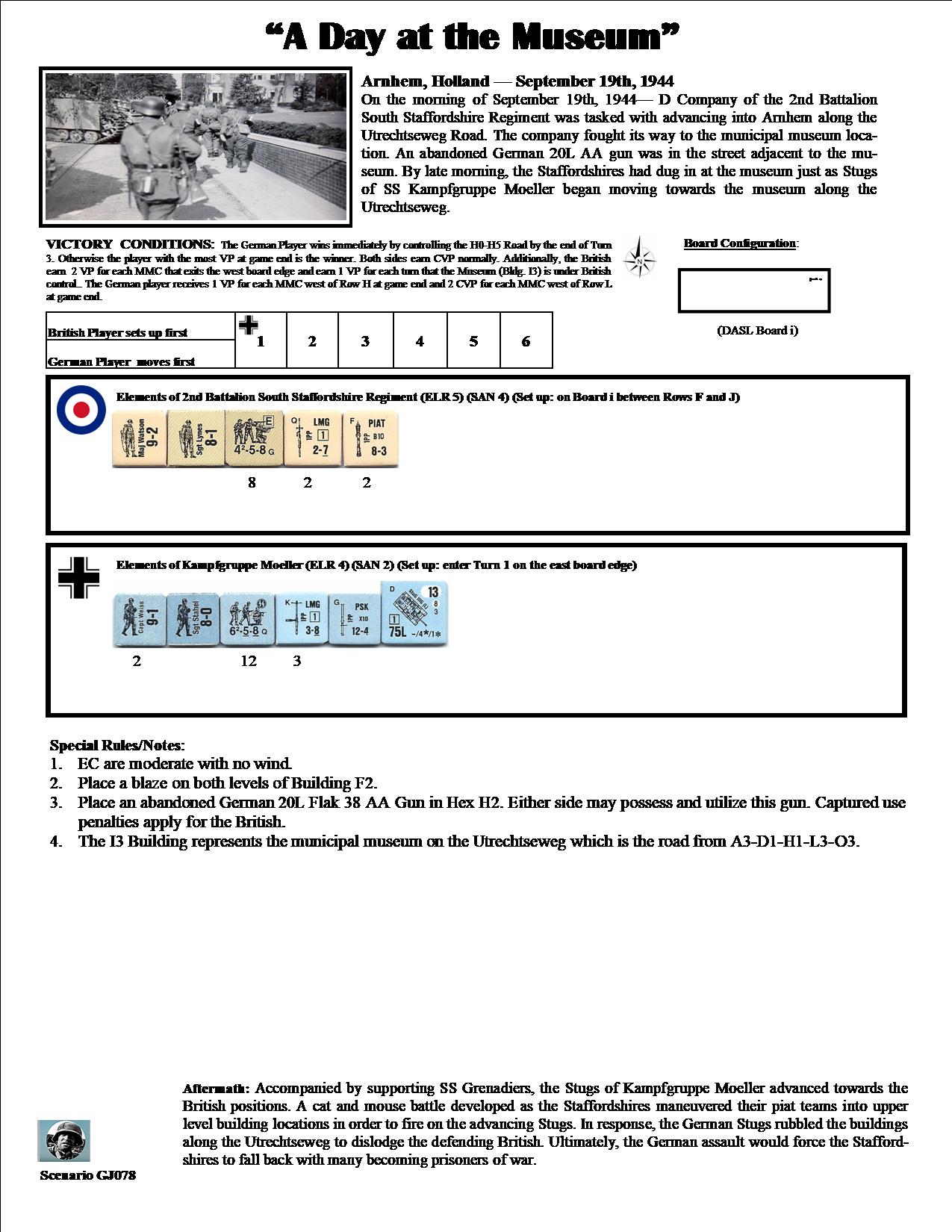