While German commanders were licking their wounds and pinning medals, plans were being made for the 2nd Infantry Division to withdraw at about 5:30 PM. The word 'withdraw' was not to be used, by direct order, but a withdrawal back to better positions on Elsenborn Ridge were to be implemented. Despite plans for retrograde movement, and the withdrawal of 12th SS Panzerdivision troops, the slack on the German side was picked up be elements of the 3rd Panzergrenadier Division. Soldiers from the unit's 1st Battalion, Panzergrenadier Regiment 8, supported by StuG IIG's of Panzer Abteilung 103, entered the fight to replace their SS-brethren.
Attacker: German (1st Battalion, Panzergrenadier Regiment 8 and Panzer Abteilung 103)
Defender: American (38th Infantry Regiment, 2nd Infantry Division) 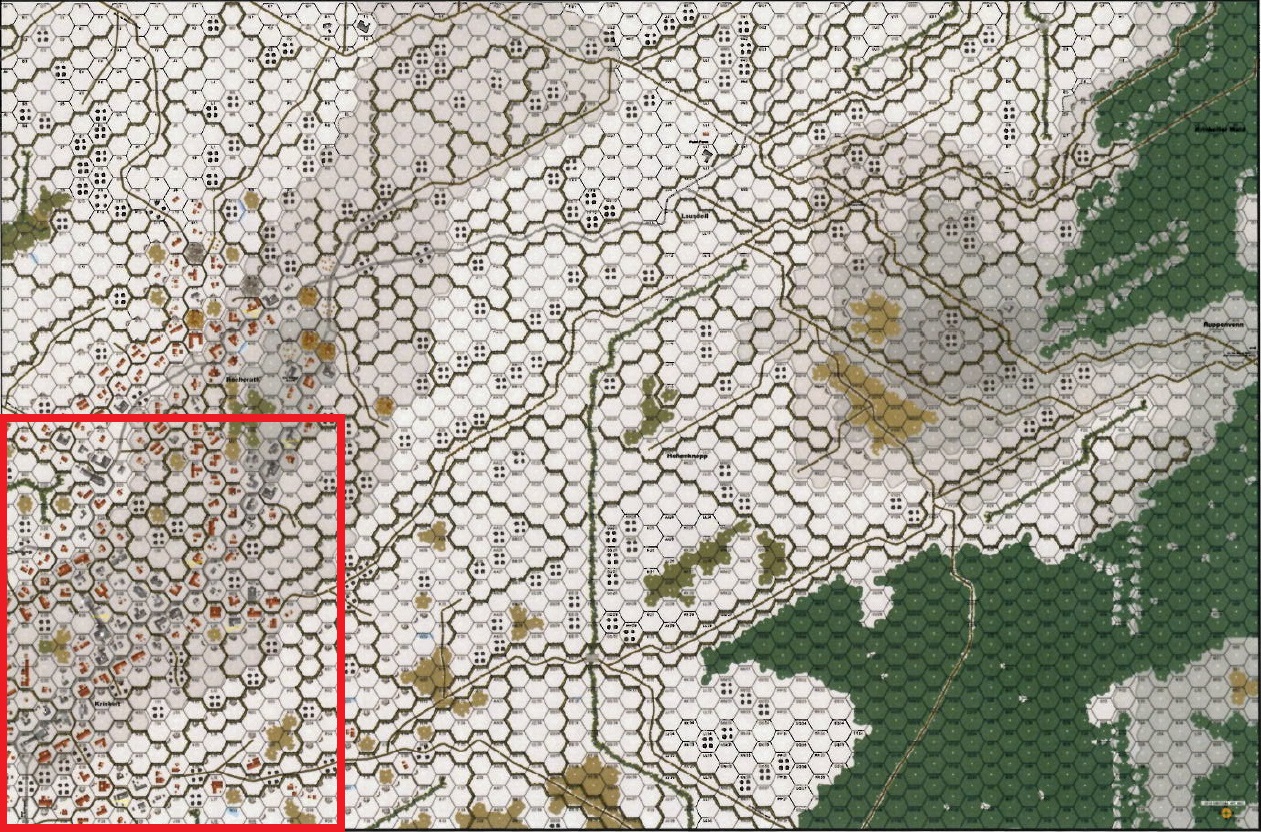 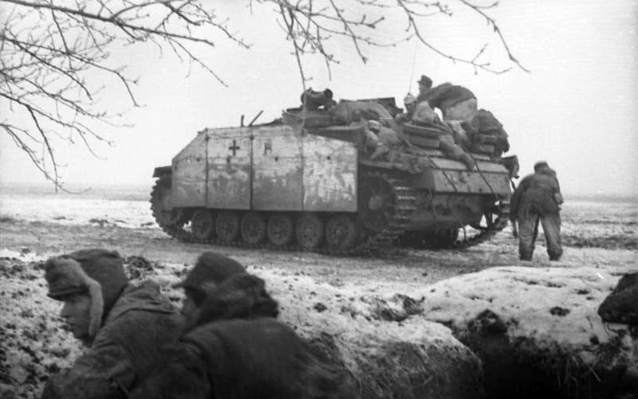