The early approach for the attack on 11 April went smoothly, the Welshmen crossing the stream west of Rethem on time at 0445 hours. They then reached the outskirts of the village -- when things soured. Two marine strongpoints -- Elfreide and the von der Kammer farm -- awoke and opened fore with everything they had. More firepower was deployed at the Welsh from buildings on the edge of town. The action ebbed and flowed around the two strongpoints, with intense hand-to-hand combat occurring at the von der Kammer farm.
Attacker: British (Elements of the 1/5 Battalion, the Welch Regiment, 158th Infantry Brigade, 53rd Division)
Defender: German (Elements of 2./5, 2nd Marine Infantry Division) 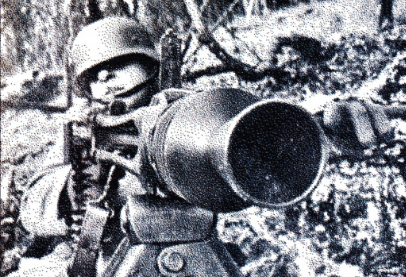