Panzergruppe Guderian was making rapid progress towards Smolensk, having broken through between Orsha and Mogilev. The rapid advance was not without consequence, and many of Guderian’s tanks were suffering mechanical breakdown and running out of fuel. These disabled vehicles were being collected at a maintenance point in the ripening rye fields near Gorki. This had come to the attention of the Soviets, and Marshal Timoshenko ordered an airborne attack be made to destroy as many of the tanks as possible. To conduct the raid, the Soviets formed a special assault unit comprised of 64 volunteers from the 214th Airborne Brigade, led by the commander of the 10th Company, Senior Lieutenant Romanenko. They were to parachute from Tupolev TB-3 heavy bombers.
Attacker: Russian (Special Assault Detachment, 214th Airborne Brigade)
Defender: German (Maintenance Depot Security Troops and FlaK Battery, Panzergruppe 2. ‘Guderian’) 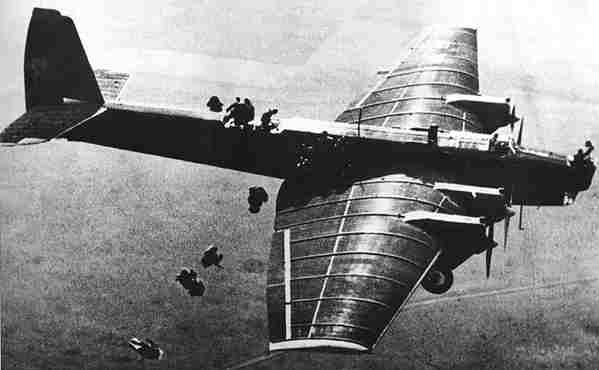