Defending part of the Dunkirk perimeter, the three battalions of the 137e R.I. were in position along the Aa Canal. The II Battalion of the 137e R.I. was attacked at several points along the canal. The fighting was fierce at the Saint-Folquin bridge where I.R. Grossdeutschland was attempting to force its way across the canal, supported by assault guns. Knowing that a French counterattack was imminent, the II/137e R.I. and two attached 75mm self-propelled AA guns were determined to slow the German advance as much as possible until then. Grossdeutschland fought its way across the Aa Canal, inflicting heavy losses on the II/137e and knocking out the French SPAA guns, but not before they destroyed several German assault guns. The II/137e launched the counterattack at 0900 hours, reinforced by five Hotchkiss H35 tanks.
Attacker: German (Elements of Infanterie-Regiment (mot) Grossdeutschland and Sturmgeschütz-Batterie 640, subordinated to Panzer- Division 1.)
Defender: French (Elements of the II/137e Régiment d’Infanterie, 21e Division d’Infanterie and the 402e Regimental Air Defense detachment and Reinforcements of II./137e R.I.) 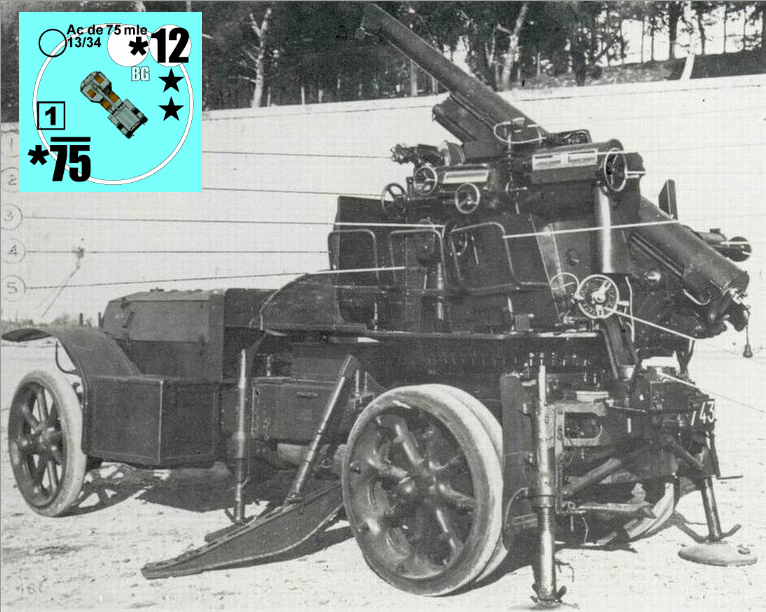