The 1st Battalion, The Gordon Highlanders, tasked to clear the village of Colombelles and then advance into the Steelworks from the northeast, became tied up in heavy fighting with German outposts along the perimeter of the Steelworks. The battalion took heavy casualties and was forced to withdraw. This maneuver left the 5th Black Watch on the left isolated and because the ground with too hard to dig foxholes, the Highlanders were vulnerable to German counterattack. In an effort to support the 5th Black Watch, a squadron of Sherman tanks from the 148th Regiment, Royal Amoured Corps was brought up. At 0600 hours, Panzers were seen and the at 0700 hours. Tigers supported an attack by Jagerregiment 32 on the 5th Black Watch position.
Attacker: German (No more details)
Defender: British / Canadian (No more details)

Guns: A:0 D:0
OML 2-in. Mortar
Errata (source)
Players wanting to play this game/Request a match: 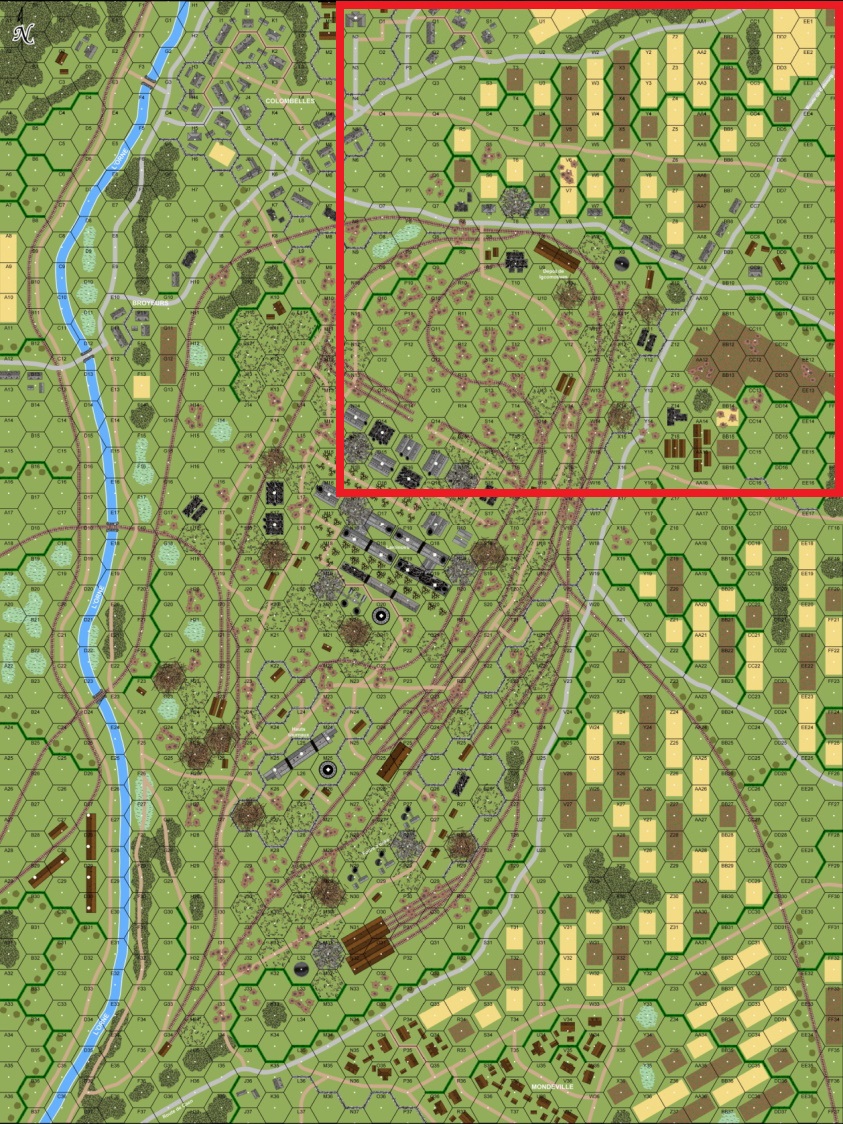 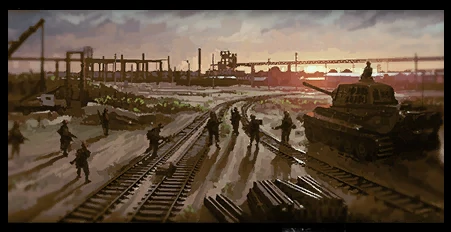