The key to the initial assaults on the Cotentin Peninsula was the town of Carentan. Control of this vital town of approximately 4000 people would allow Utah and Omaha beach to be securely joined. At approximately 0530 on 12 June, elements of the 101st Airborne under the command of artillery commander Brig. Gen. McAuliffe deployed for the attack scheduled to start at 0600. The initial assault instantly bogged down with well-sited machine gun fore pinning the paratroopers along the road into Carentan, but company commanders rallied their troops and quickly grabbed a foothold in town. Now came the difficult task of capturing the town as well-trained paratroopers began clearing building by building.
Attacker: American (Elements of 506th PIR, 101st Airborne Division)
Defender: German (Elements of Fallschirmjäger-Regiment 6) 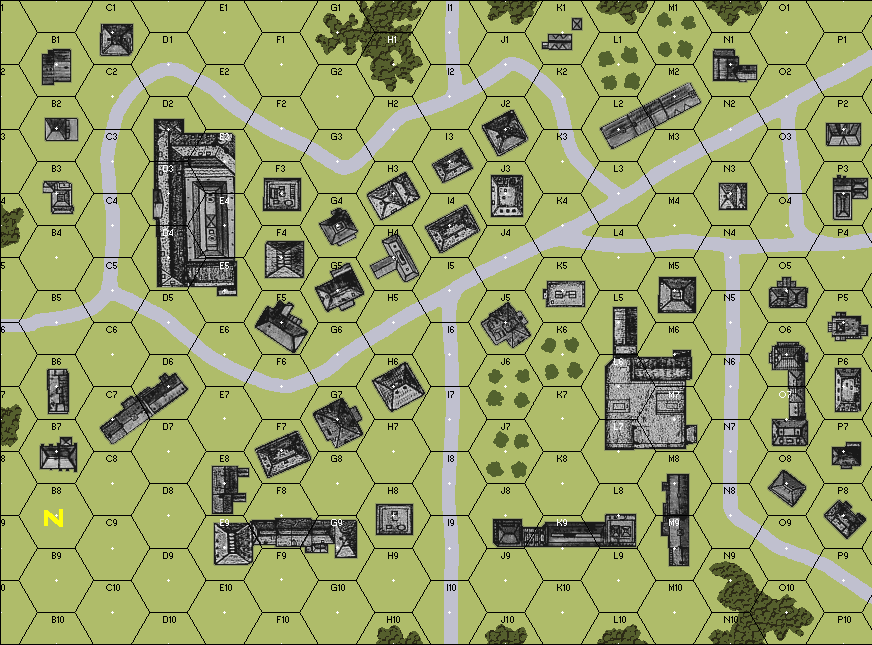