As a critically important component of Operation DRAGOON -- the Allied landings in southern France -- the Combined Chiefs of Staff authorized the liberation of the port city of Toulon, which was also the home base of the French Navy. Because it was too well defended against amphibious invasion, the decision was made to attack it over land. A 700 meter high hill behind the town provided excellent observation positions, just as the prepared positions on the ridges provided an imposing obstacle. A 3-pronged, combined-arms assault was launched, with men of the 1st Free French Division at its center.
Attacker: Free French (Elements of the 1re Division Francaise Libre)
Defender: German (Elements of the 242.Infanterie-Division) 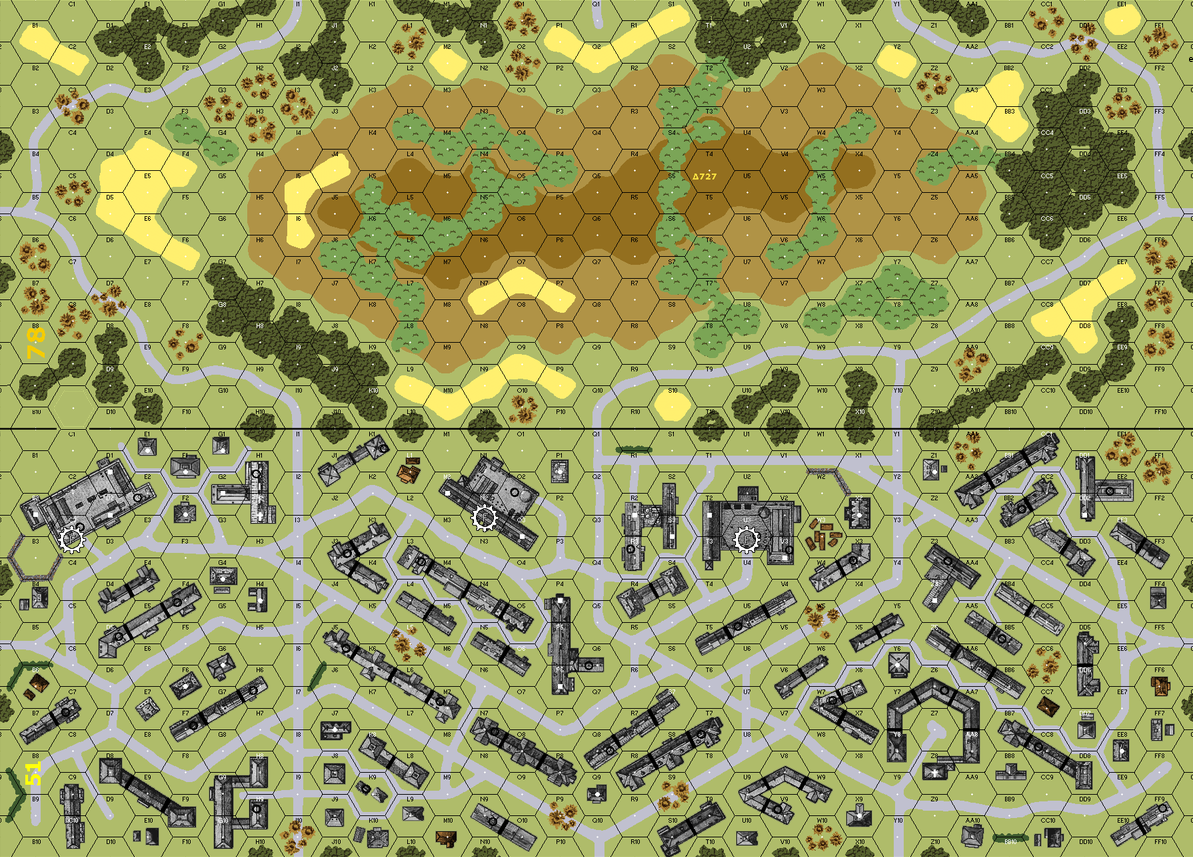