The Fuehrer has died...an order is delivered from the Fuehrer Bunker. A mysterious gas..."Tod Geist" is released into the Berlin Subways. In minutes, the civilians and soldiers hiding in the subways are transformed into raving, maniacal monsters attacking anyone in their path. Survivors stream up and into the battle ravaged streets of Berlin in a frantic effort to escape the swarm of human monsters surging through the subway tunnels. Soon both German and Russian combat troops find themselves battling crazed, bloodthirsty mobs. They too seek an escape.
Attacker: Zombie (Subway Undead)
Defender: Germans & Russians (Mixed Elements of the Red Army and Forces of the Third Reich) 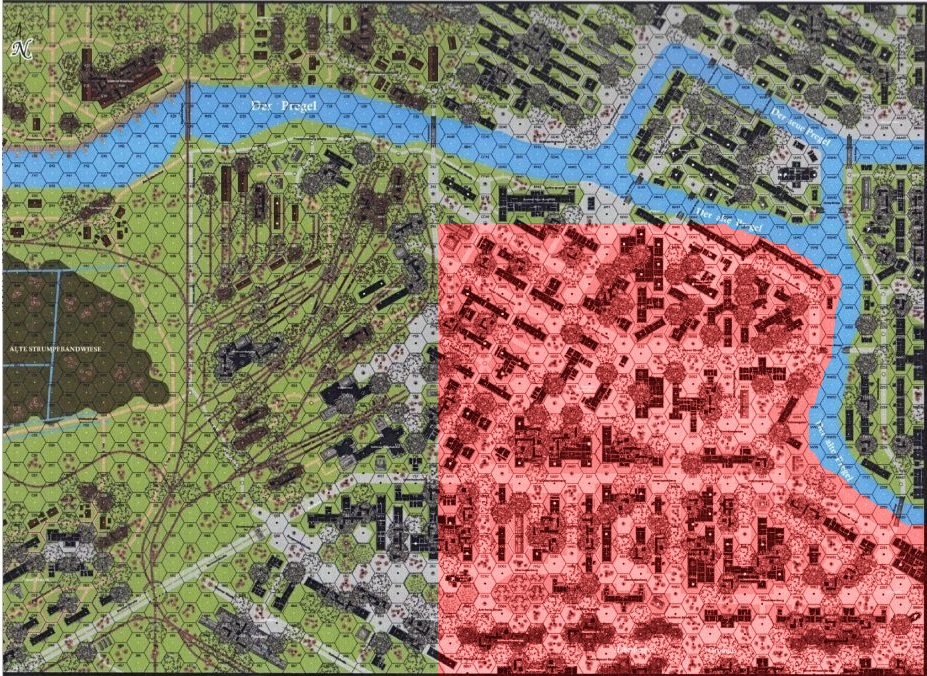 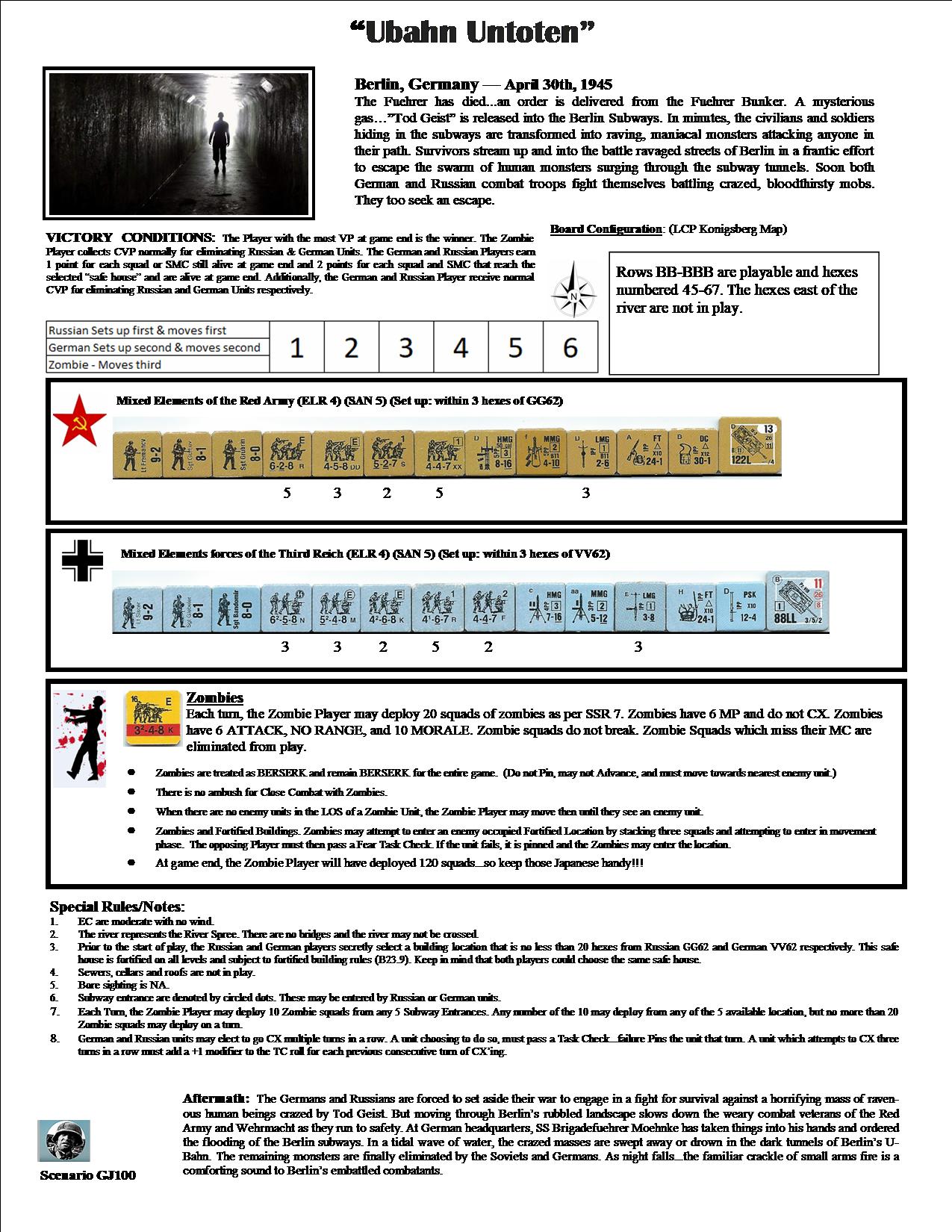 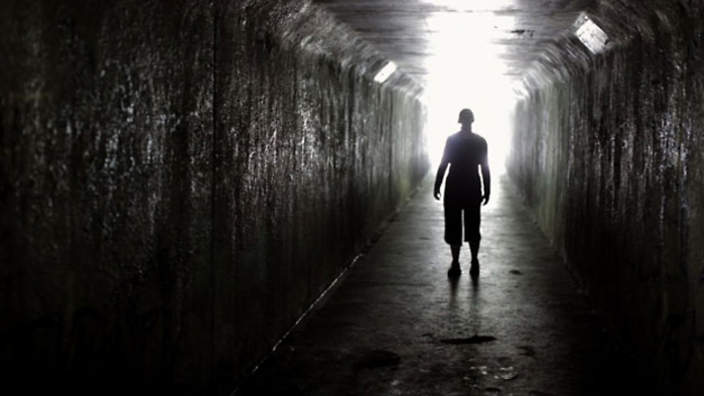