The landings at Anzio came ashore virtually unopposed, and by January 23 the beachheads were secured. The Allied force didn't move out until January 30, by which time the Germans had stabilized their lines and gathered a sizeable force to oppose any drive inland. The Allies main effort was towards the Colli Albani (Alban Hills) along the Albano River, from the British positions at Carroceto this dominating hill mass was clearly visible. The plan called for the British 1st Division to breach the enemy's main line of resistance along the railroad by seizing the crossing at Campoleone. After passing through the 24th Guards Brigade, the sharp fighting for the line of departure delayed the 3rd Brigade attack until 1510 hours. At this time the 1st Battalion, King's Shropshire Light Infantry drove forward against scattered opposition from the Panzergrenadierregiment 29 to seize their objective on the high ground south of the overpass. Tanks of the 46th Royal Tank Regiment hotly engaged enemy anti-tank guns along the railway embankment.
Attacker: British (Elements of 1st Battalion, King's Shropshire Light Infantry supported by B Squadron, 46th Royal Tank Regiment)
Defender: German (Elements of Panzergrenadierregiment 29) 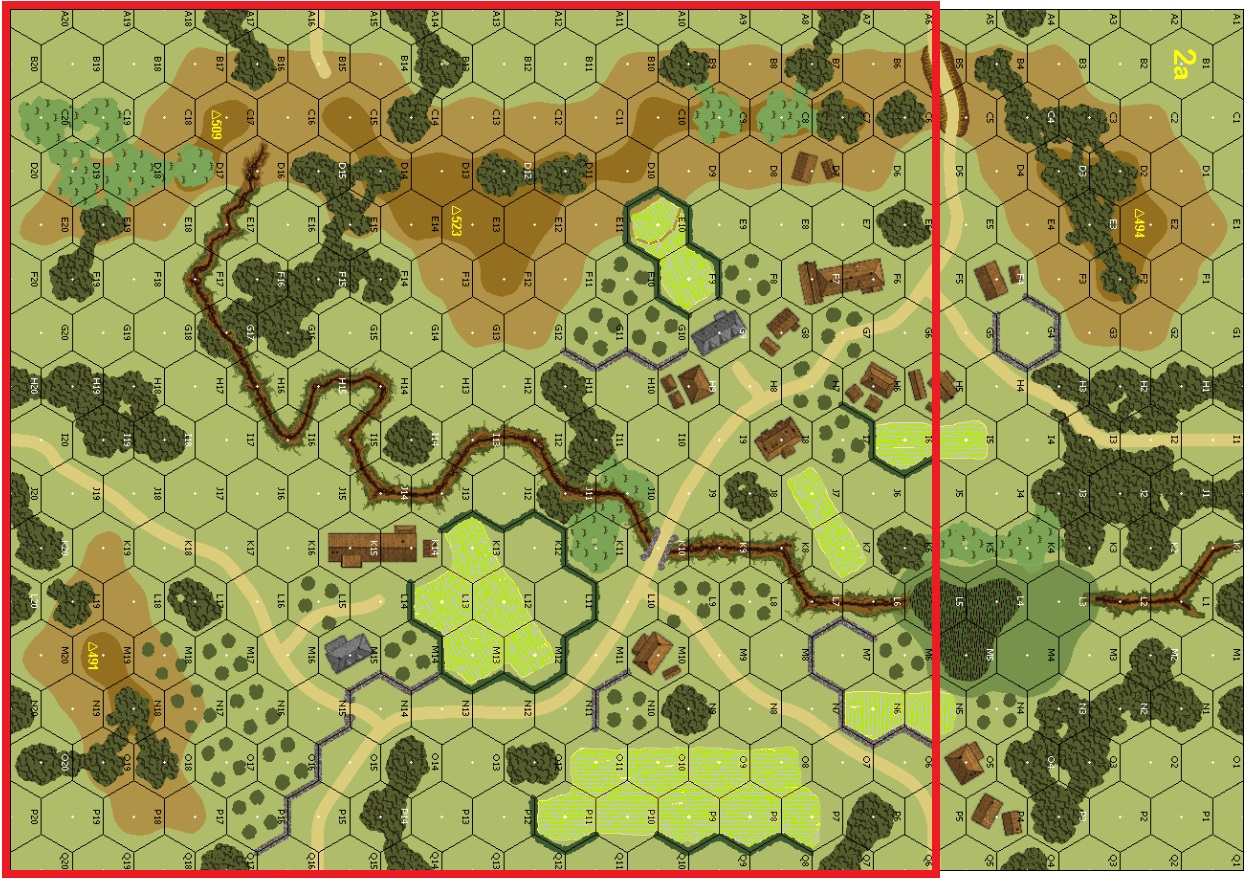