The 4th Lincolns' battle opened with a massive pre-dawn bombardment of over 250 guns; this bombardment covered the approach of the assault force, but together with a very thick might brought visibility down to only a few meters. despite the best efforts of guides, the assault almost came to a halt as platoons crisscrossed into each other's path and troops bumped into each other in confusion. At this point the commanding officer, Lieutenant-Colonel Barclay, personally led his reserve forward wearing his bright red scarf as he and his men sought to overcome the bad start to their first major engagement.
Attacker: British (4th Battalion, Lincolnshire Regiment)
Defender: German (Panzergrenadier Regiment 901, Panzer Lehr Division) 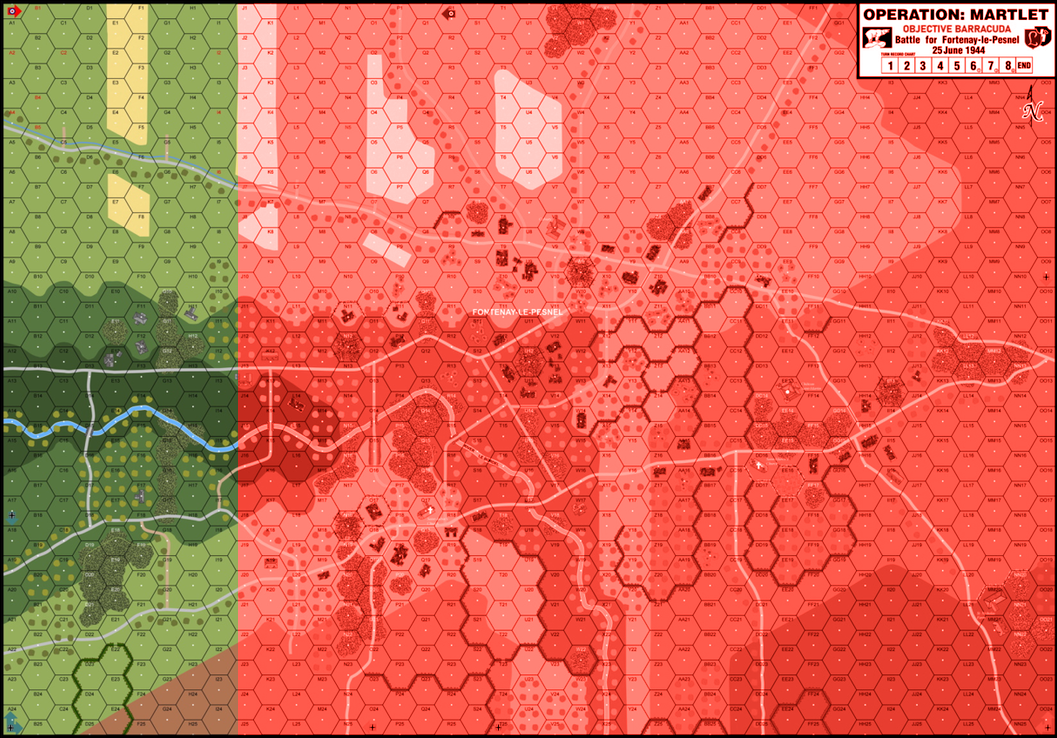