The Hallamshire Battalion, York & Lancaster Regiment facing similar conditions as the Lincolns to their right, struggled around in the dawn fog and the dust raised by the bombardment. As the Hallams approached the Tilley-Caen Road they came under heavy fire from all sides. eventually as dawn broke, Lieutenant-Colonel Hart Dyke and a handful of commanders and troops found themselves in the cover provided by a roadside ditch; patrols were ordered and pushed left and right, but little forward progress was being made. As the sun rose, and a semblance of organization returned. Hard fighting continued in the area of the Caen-Tilley Road, but slowly the Hallams moved south.
Attacker: British (1st Hallamshire Battalion, York and Lancaster Regiment)
Defender: German (Panzergrenadier Regiment 901, Panzer Lehr Division) 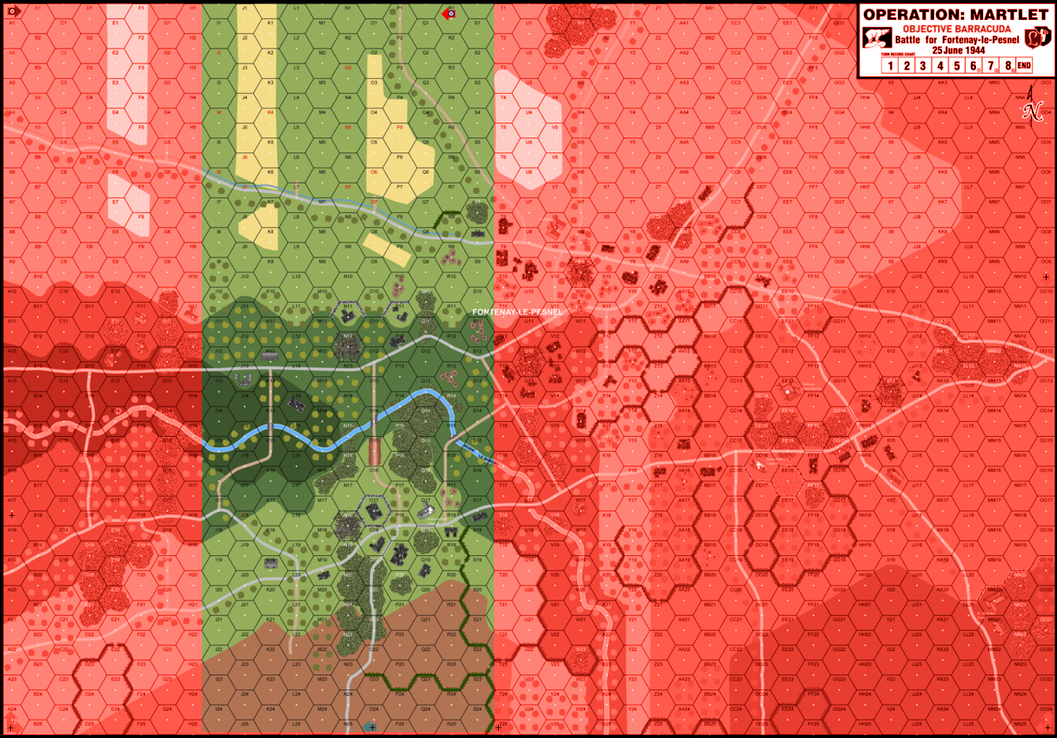