As the left assault battalion, the 11th Royal Scots Fusiliers were tasked with kicking the fanatical Germans of the 12.SS-Panzerdivision Hitlerjugend out of their prepared positions in Fontenay. Much like the other "new" battalions stumbling about in the dark and heavy dust, organization broke down and many troops drifted far to their right with little forward progress made before dawn. The RSF certainly had the toughest objective of the day. The Hitlerjugend had the time to fortify a number of buildings and were bolstered by Aufklarung and Pionier elements.
Attacker: British (11th Battalion, Royal Scots Fusiliers)
Defender: German (SS) (SS-Panzergrenadier Regiment 26, 12 SS-Panzerdivision Hitlerjugend) 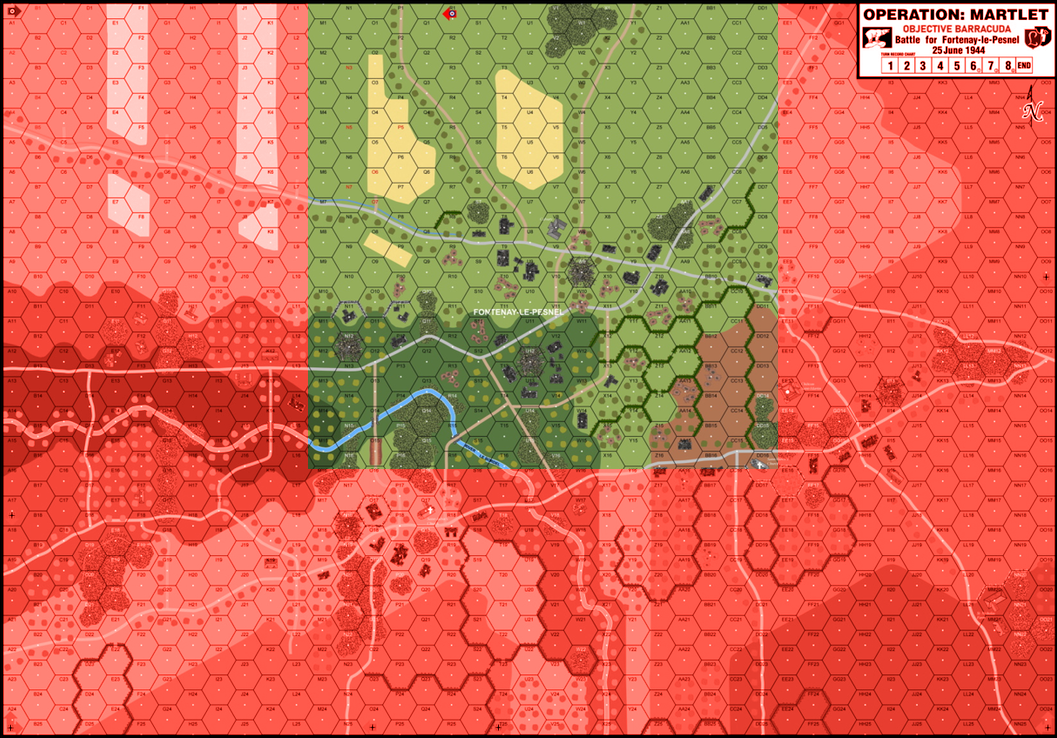