Rommel’s 7th Panzer Division had made it to the banks of the La Bassée Canal. A pontoon bridge had been put across the canal, but sunken barges and debris meant that it was not straight, and the first tank to cross looked like it might topple off into the canal. The Queen’s Own Cameron Highlanders, the last regular British infantry unit to wear kilts into battle, had attacked and routed Battalion Cramer, chasing them back across the canal. Now, half a company of the determined Scottish troops, with six French tanks for support, were pressing Battalion Bachmann. Without prepared positions or anti-tank guns, the German bridgehead was weak and vulnerable.
Attacker: Allied (Elements of the British 1st Battalion, Queen's Own Cameron Highlanders with Supporting French Armor)
Defender: German (Elements of Bataillon Bachmann, Schützen-Regiment 7., 7th Panzer-Division) 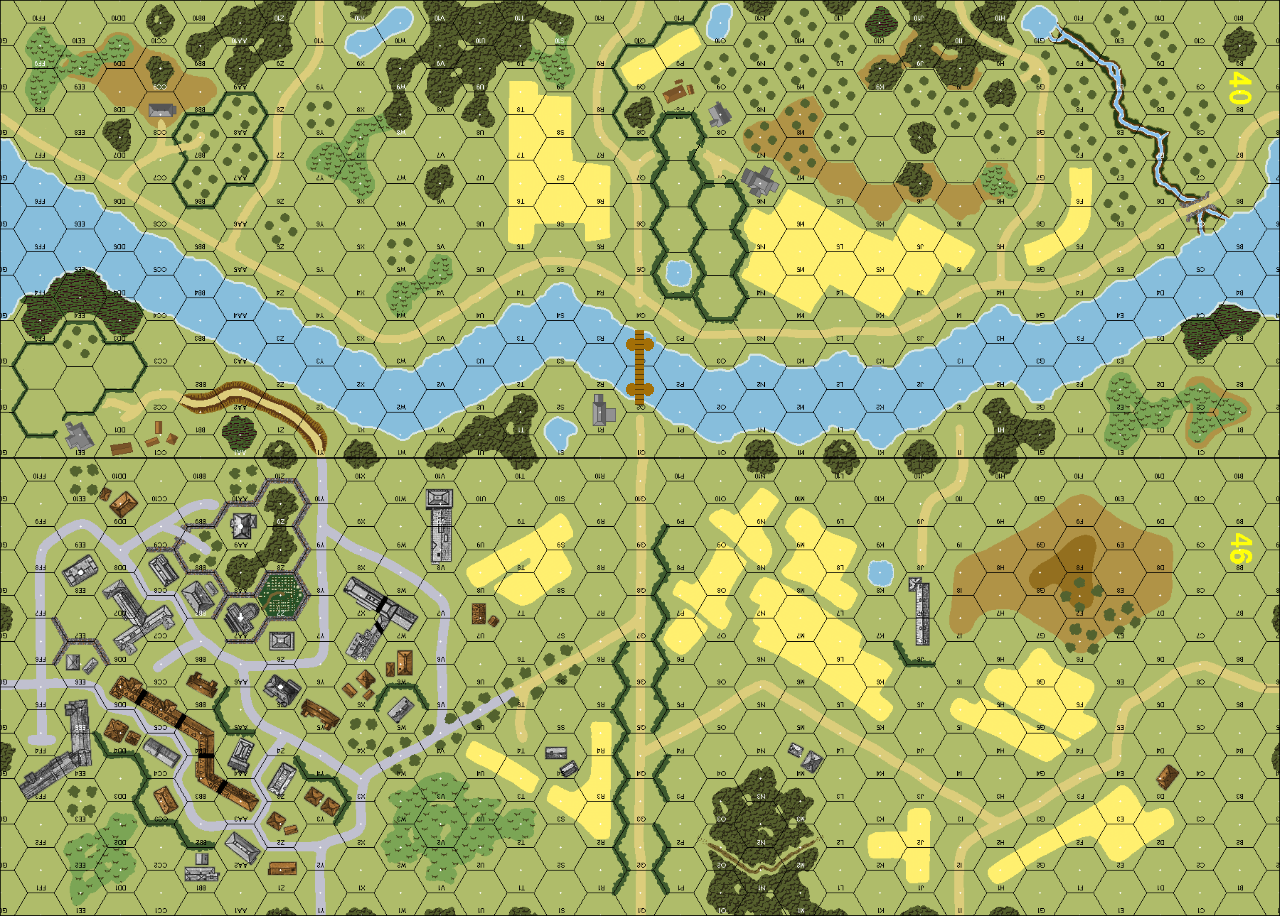