The opening German attack to push the Soviet defenders out of Central Stalingrad met with initial success, but stubborn pockets of resistance, fierce local counterattacks and desperately needed reinforcements ferried across the Volga under murderous fire stymied the advance. Soviet strongpoints and key strategic locations now had to be assaulted in close quarters fighting that bore witness to some of the most horrific combat of the entire war. Nowhere was this ferocity more in evidence than at the battle unfolding at Railway Station No. 1.
Attacker: Russian (Elements of 10th NKVD Division and 42nd, 13th Guards Division)
Defender: German (Elements of Infanterie-Regiment 191, Infanterie-Division 71 and StuG-Abteilung 244) 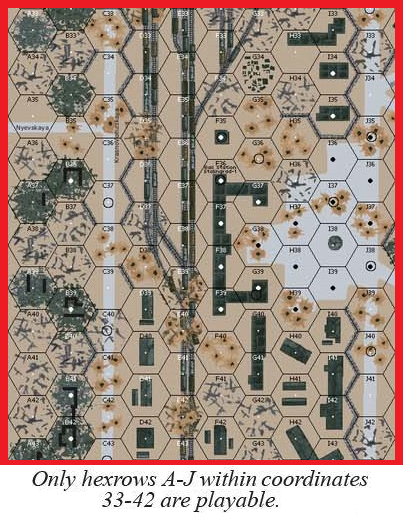