"The Dream is Over" -- The Battle of the Bulge was only days old and Fritz Bayerlin’s Panzer-Lehr Division pressing westward throughout the day. Kampfgruppe von Poschinger took St. Hubert without any resistance late that night. The advance continued towards the important road centre of Rochefort. Early the 23 December the town was shelled and a German reconnaissance patrol was sent in and reported that the town was empty. Rochefort was in fact well defended by some of the US 3rd Battalion, 335th Infantry Regiment reinforced by with Regimental anti-tank guns and one platoon each from the 638th Tank Destroyer Battalion, 309th Engineer Combat Battalion and 29th(Separate) Infantry Regiment. At about 0200 hours, Panzer-Lehr Division resumed the advance and was stopped by intense crossfire. Bayerlin was forced to set up a systematic and time-consuming attack. The American defenders fought back stubbornly from house to house. The Panzer Lehr’s field guns were brought up to pound the eastern approaches. Then supported by weight of Panthers the Grenadiers of Poschinger’s Kampfgruppe launched their assault crossing the L’Homme River by early afternoon.
Attacker: German (Kamfgruppe von Poschinger, Panzer Lehr Division)
Defender: American (Company I & K, 335th Infantry Regiment | 14th Regimental AT-Gun Company | 638th Tank Destroyer Battalion) 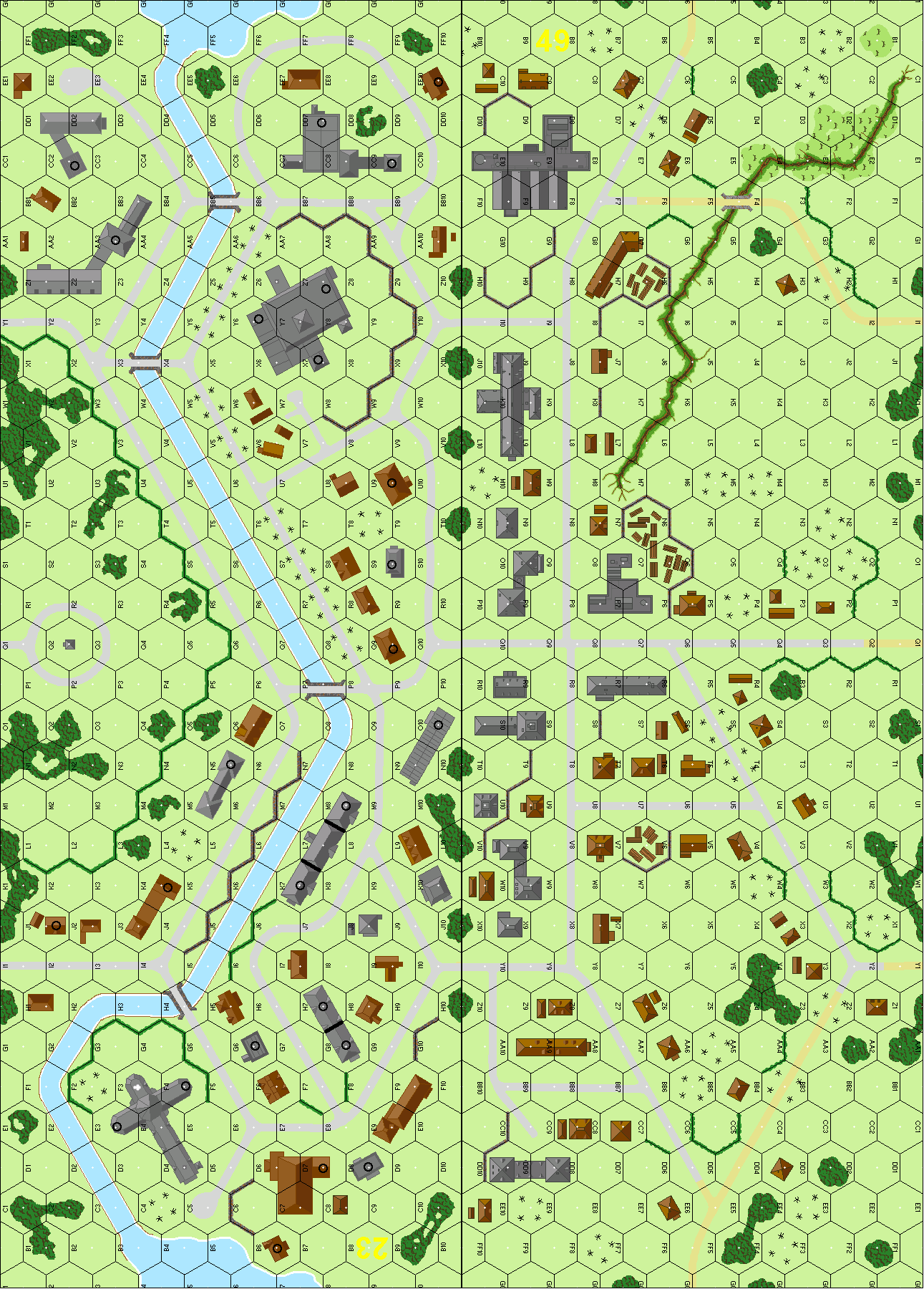 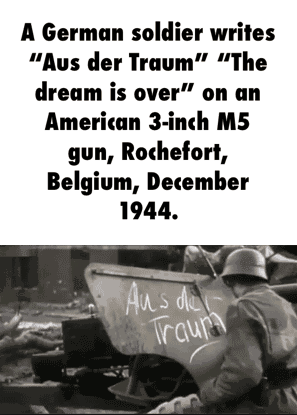