Informed that only a scant rearguard remained in Warsaw, Stalin at last authorized the liberation of the city. In the pre-dawn darkness, Soviet formations seized the undestroyed bridges and cleared the west bank of the Vistula River. Near noon, they moved off to clear the city center. The Soviet forces contacted the German defense at a dozen points within minutes. . .
Attacker: Russian (2nd Polish Division)
Defender: German (697th Grenadier Regiment) 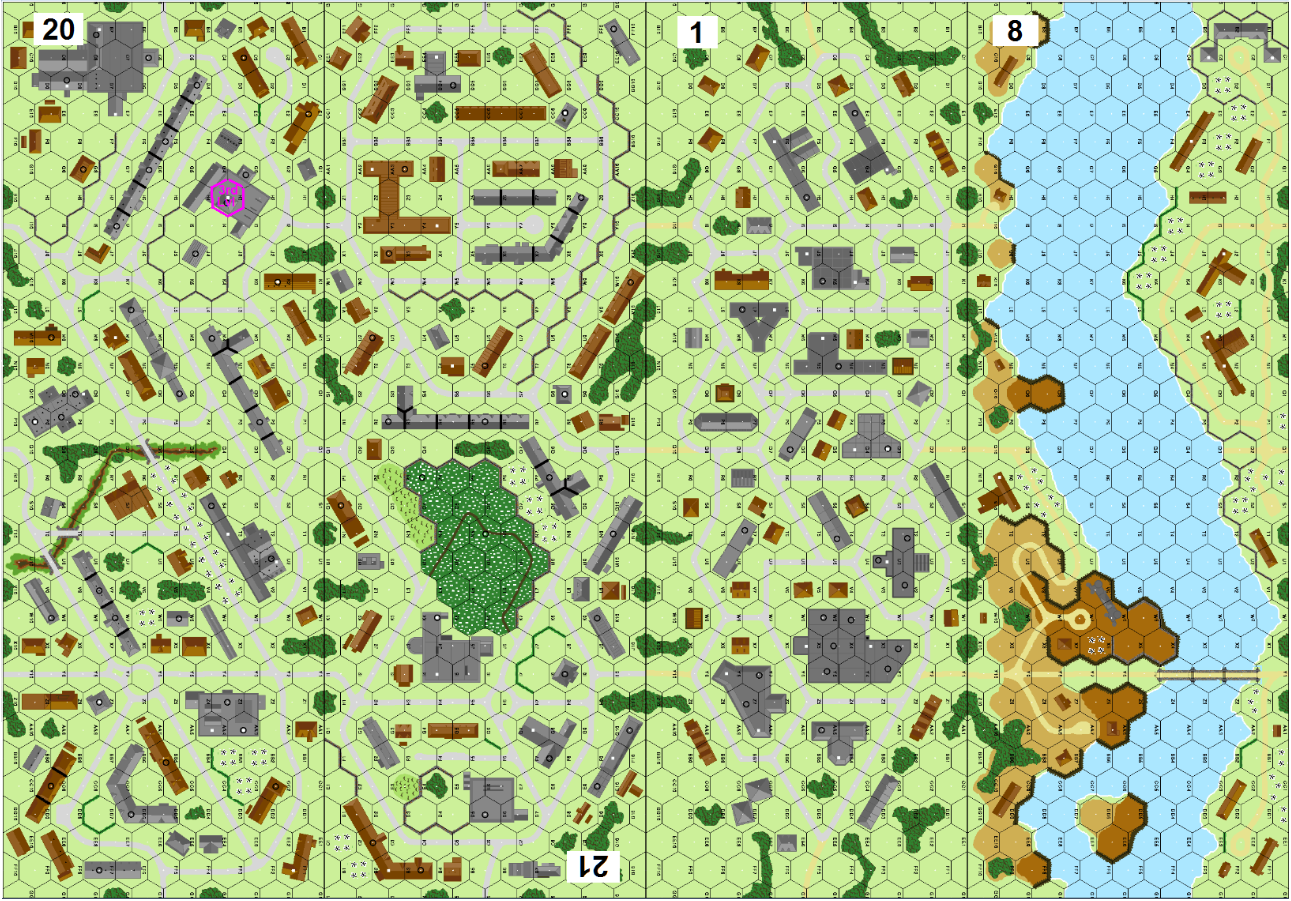