Published by: War-Oboe Publications. January 2000
(Log in to add this module to your collection
or to see your play details)

This one hit wonder was the only publication by War-Oboe Publications. These ASL scenarios are designed for multiple players with up to 8 players on a side. Most scenarios require at least 4 players. Many scenarios feature the uncertainty of both sides not knowing what the other sides Order of Battle and or Victory Conditions are until the games end.

The counter art used represents some of the icons used by the Germans in WWII to represent military units. 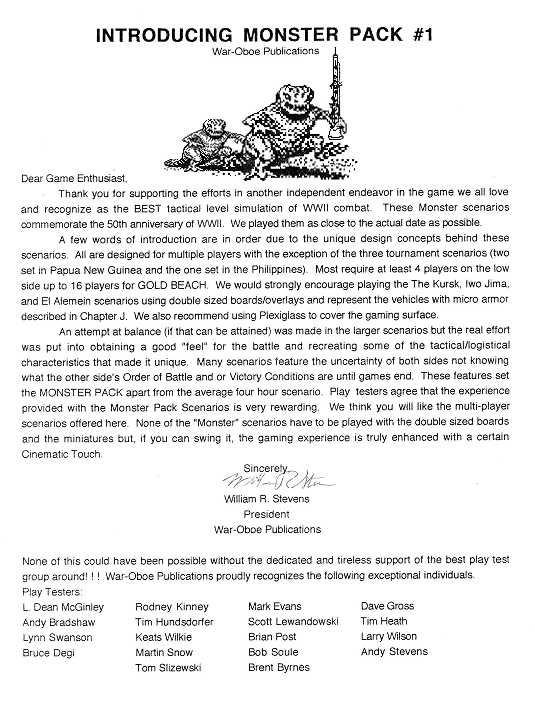